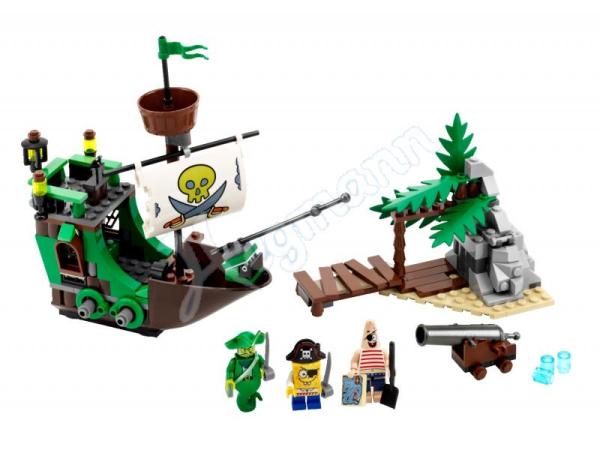 Not the one from Pirates of the Caribbean, sadly...

The television show Spongebob Squarepants has a number of piratical characters, including The Flying Dutchman, a spectral buccaneer with a ghostly ship.  As revealed by German toy site spielwaren-hegmann.de, this ship will be released as a LEGO set in January 2012.  This set features a number of Pirate-related elements, including new minifig torsos, hats, a cannon, and more!

Discuss the Flying Dutchman set in the forum!