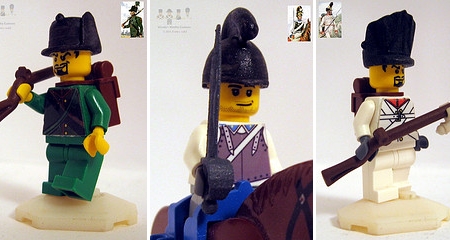 Eurobricks member woody64 has worked on these for quite some time and now they are finished: Custom-made decals for officers and soldiers of the Austrian Army – Are they ready to fight off Napoleon’s forces?

Head over and discuss the Austrian Minifigs in the forum!

Posted by Horry in Minifigs, Customization | Comments Off on Austrian Minifigs by woody64

Blue Coats vs. Pirates! by Corioso and Stiker499 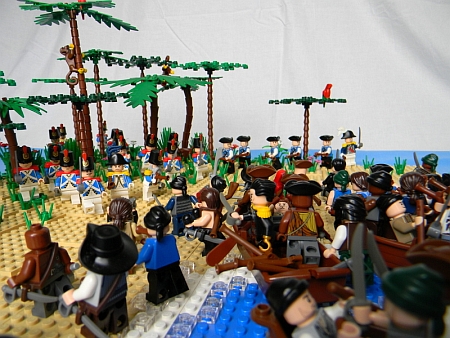 The pirates are landing!

Classic-pirates.com user Corioso and his fellow builder Stiker499 present us a great battle scene between Blue Coats and the Pirates. It seems that Captain Blackbeard is up to no good again. But this time the Blue Coats are awaiting his landing party at the shore.

All Minifigs feature fleshy parts and the whole scene is very detailed. Some good photography adds to the feeling!

Who will win this battle? Head over and discuss  Blue Coats vs. Pirates! by Corioso & Stiker499 in the Classic-Pirates forum!

Posted by Horry in Pirates, Soldiers (Blue Coats) | Comments Off on Blue Coats vs. Pirates! by Corioso and Stiker499