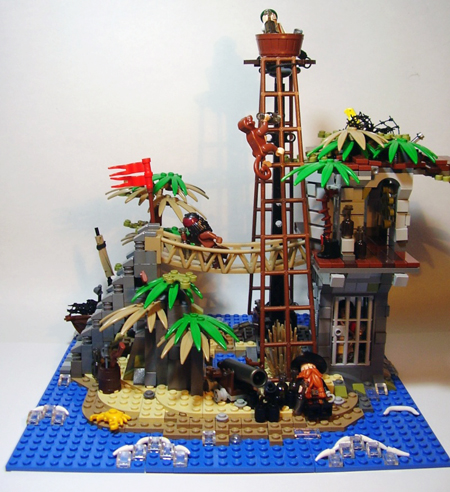 Every true Pirate fan will recognize this instantly

Revisiting a classic set may sound like an simple task at first, but it certainly isn’t. There are many things to consider, and it’s very easy to loose the spirit of the original set. However CaptainSpaulding has made it without any flaw, in a perfect alchemy. It’s packed with details, and at the same time recognizable at first glance. Plus, this has been done in less than four hours! An outstanding work, which makes me wish that Lego revisited its legendary sets…

Comment on Classic set 6270 – Forbidden Island revisited in the forum

Your guide to Tournament of Retribution III by hjmediastudios 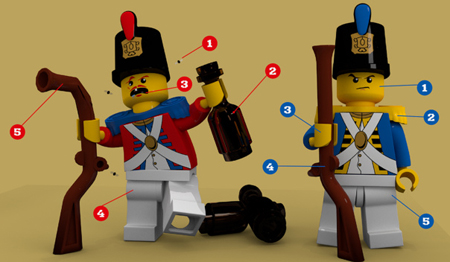 Scientific proof of why Bluecoats are the best

hjmediastudios has made a very funny “guide” which really shows the spirit of Tournament of Retribution. Every competitor should follow it carefully, as it’s still time to get to the good side if by mistake you’ve chosen to support redcoats!

Treasure on the Mind by wunztwice

This island reminds me of something...

While almost everyone will be looking at this island thinking “what a weird shape”, every Classic Pirate fan will shed a tear for sure, seeing this fantastic land-based rendition of the classic Lego Jolly Roger flag.

Discuss Treasure on the Mind in the forum.

Posted by Boomchil in Pirates, Land Based | Comments Off on Treasure on the Mind by wunztwice

How to become a pirate by Tom Remy 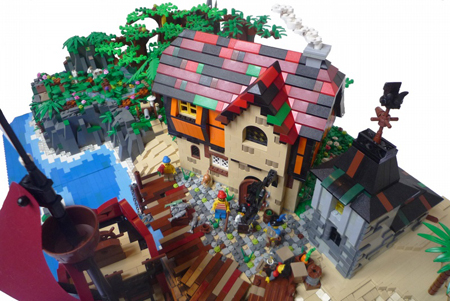 If you’re a pirate fan (which is probably the case since you’re reading this), then you should already have played The Secret of Monkey Island, a fantastic and humoristic point & click game that tells the story of a man who desperately wants to be a pirate. You may think “Why do he talk about a computer game? I came here to see wonderful pirate MOC!”. Well, Tom Remy has created a full story clearly inspired by this fantastic game (did I tell you that you MUST play it?), which is really funny. But don’t get too distracted and take your time to enjoy this wonderful MOC with stunning technics and light effects.

Go play Monkey Island and then discuss How to become a pirate in the forum.

Posted by Boomchil in Pirates, Comics | Comments Off on How to become a pirate by Tom Remy

Black Seas Barracuda’s little secrets you might not know 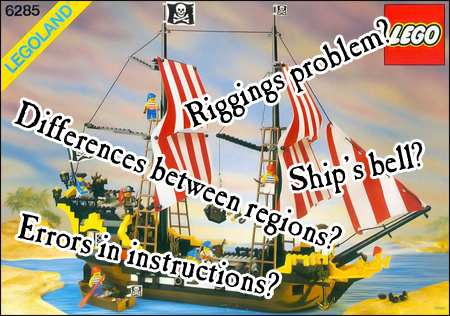 Arrr! What be these allegations?

23 years (!) after seeing the light of day, it appears that one of the greatest Lego sets of all times, the pirate ship Black Seas Barracuda (also known as Dark Shark in Europe) still had some secrets well hidden or long-forgotten… The time has come to uncover everything, and you might be surprised!

Posted by Boomchil in Pirate Documentaries, LEGO Facts | Comments Off on Black Seas Barracuda’s little secrets you might not know