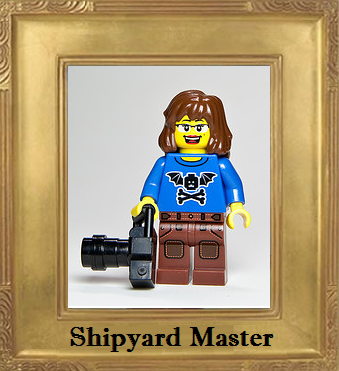 A member of Eurobricks since November 2010, Darkdragon enjoys many aspects of LEGO. She is born and breed American and enjoys living in the Midwest, but misses the fun on West Coast.

Since finding LEGO again in late 2009, she has learned a lot about the hobby overall and the wonderful community surrounding it. Her dark ages ended due to a photo contest on a photography website when she decided nothing was more funny than LEGO figures putting on a scene from Hamlet. One simple photo (and a midnight trip to Walmart for the last pirate set they had) started it all.

As far as LEGO tastes, she likes a bit of everything Minifigure-based and doesn’t pay much attention to themes. Not one for building sets, she looks at every set as a parts pack for her next moc.

In December 2013, Darkdragon was promoted to Shipyard Master.