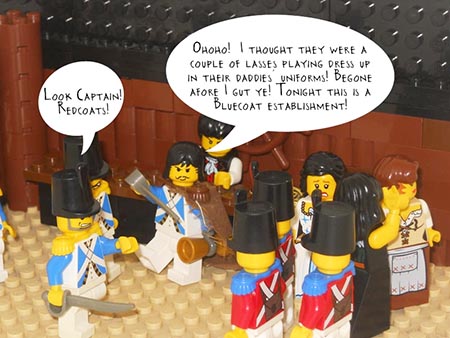 The blue coats ran the red coats out, but it looks like the've come back

Sometimes you get ran out of your favorite pub by some blue coats.  Sometimes you leave and admit defeat.  Tonight is not one of those times.  The red coats are back and they have a surprise in store for the blue coats.

See how this confrontation ends in the Pirate Forum. 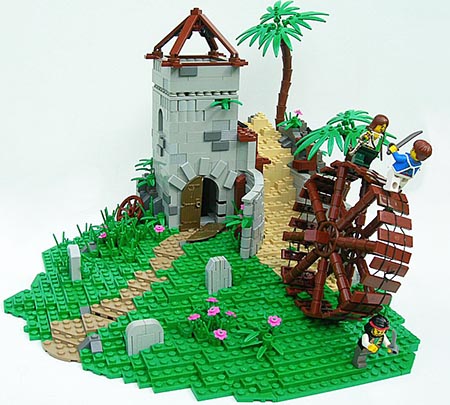 A classic Pirates of the Caribbean scene

Is the next licensed theme coming to LEGO going to be Pirates of the Caribbean?  I think we all hope so and Classic Pirates loyal SlyOwl has brought us a preview of what one of these new sets could look like.  The classic Water Wheel scene is brought to life in this stunning LEGO MOC.

Tournament of Retribution II epic battle by Dan the Brickman 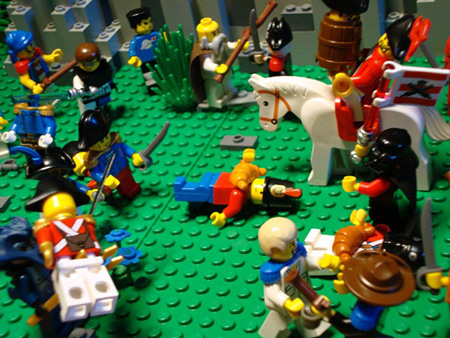 In the Tournament of Retribution II there have been red coat victories and blue coat victories, but no battle has seen this much action.  With notable members from each side fighting for Eurobricks supremacy, who will be the victor!

See the rest of the battle in the Pirate Forum.

A whale of a tail by mcfarlandman 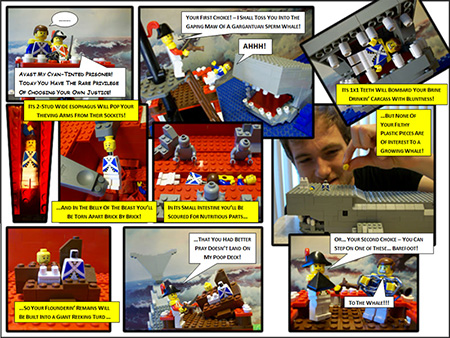 A whale of a tail

If you are looking at the image above then you see a comic, and comics usually mean the Tournament of Retribution II.  From the inside of a whale to the poop deck, this comic shows why messing with the redcoats might be a bad idea.

Comment on a whale of a tail in the Forum!

The Secret Weapon by Skalldyr 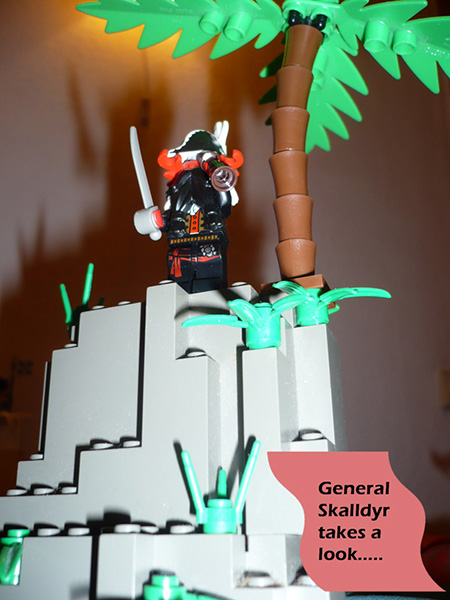 In the Tournament of Retribution there are blue coats, and redcoats, the then we have crab’s.  Make no mistake, as General Skalldyr is not one to be taken likely.  Who could he be spying on, what does he see?

Find out  in the Secret Weapon thread in the Pirate forum. 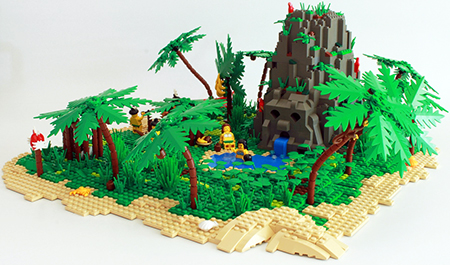 Pillage and plunder is the Pirates ways, but occasionally you might find an island that the Pirates have yet to land on.  Coconut Island is one of those places.  With hot food all the time, and a lagoon for the ladies, be sure to check evildeads flickr account for even more pics! 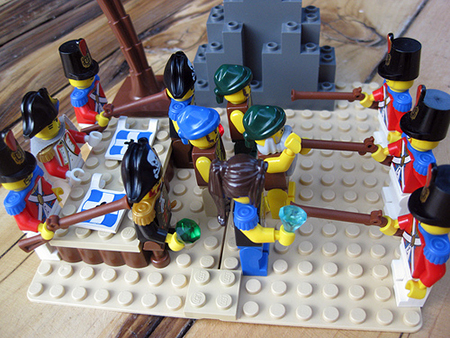 Do the redcoats have the uper hand??

The Tournament of Retribution II has seen it’s ups and downs for both sides, but have the redcoats gotten the upper hand?  This pirate crew presumably working for the bluecoats look like they are doomed.

Find out what happens in the Pirate Forum.

Death of the Blue Coat High Command by General Redwater 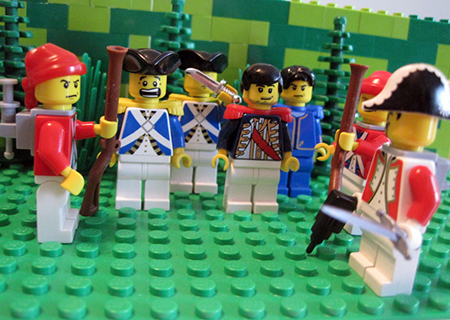 Who is the mysterious blue coat behind the knife?

It looks like curtains for the blue coats.  But wait, who is the man behind the knife, maybe not all is lost for our blue coat friends.  Or maybe it’s a trap.

Find out which in the Pirate Forum.

Adventures of the Blue Avenger by Oky Wan Kenobi 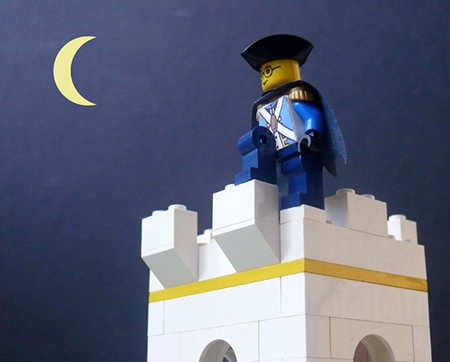 No one knows where he came from or if he is even real, but the Blue Avenger is here and all redcoats should live in terrible fear.  He’s just one man, but rumors run deep and you never know what one man is capable of until it’s too late.

See who the Blue Avenger is in the Pirate Forum. 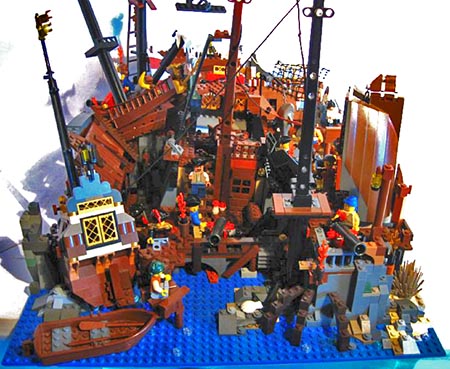 Where do Pirate ships go when they have sailed their last voyage?  To this pirate town built completely from sunken pirate ship wreckage.  The details are worth taking a closer look, as this is a very well constructed MOC.

Be sure to comment on “Pirate Town” in the Pirate Forum.