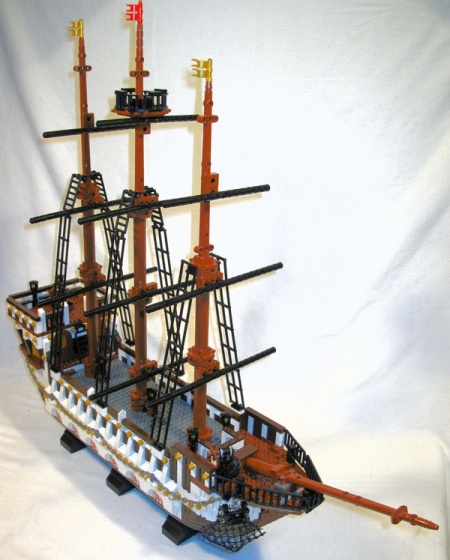 And here’s one more MOC from Flickr user Thoy Bradley… This time it’s a ship – and it’s a pretty big one, not to mention its beautiful design! You’d better not miss it!

Discuss The Royal Navy Command Ship in the forum! 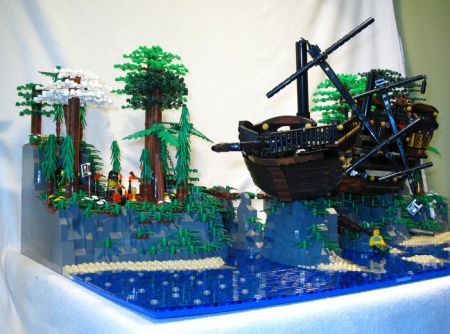 Check out this fine creation from Flickr member Thoy Bradley. A giant wave has put the journey of those pirates to an abrupt end… But at least it resulted in this very detailed MOC!

Discuss Pirates Remorse in the forum!

Feed Him to the Sarlacc Fish! by 2 Much Caffeine 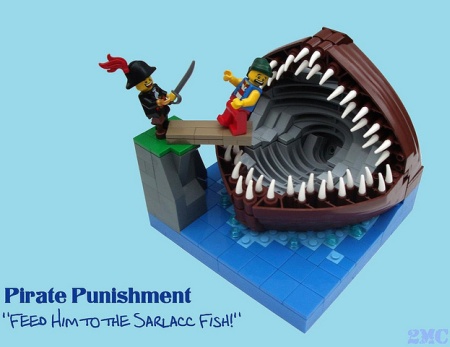 This MOC was built some time ago, but it definitely deserves to be featured in our blog! Made by Flickr user 2 Much Caffeine, it shows how a certain pirate captain punishes crewmembers who have failed him.

Discuss Feed Him to the Sarlacc Fish! in the forum!

Posted by Dreamweb in Pirates | Comments Off on Feed Him to the Sarlacc Fish! by 2 Much Caffeine 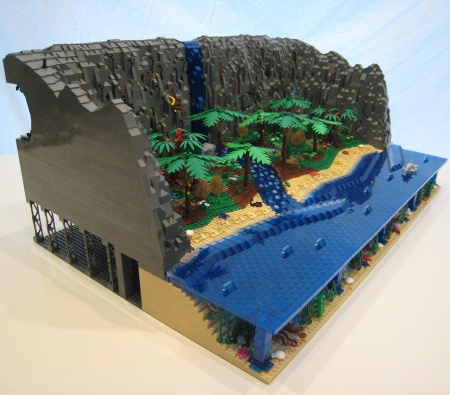 This lovely seashore with a waterfall was built by Brickshelf user rdennis81 (full name Ryan Dennis). As you can see, it’s a really, really big MOC, and it also includes a cave, a mine, and you can even take a peek at what goes on under the water surface. It’s definitely a good scenery for some pirate action!

Discuss Waterfall in the forum!

Church of the Holy Spirit by Corioso 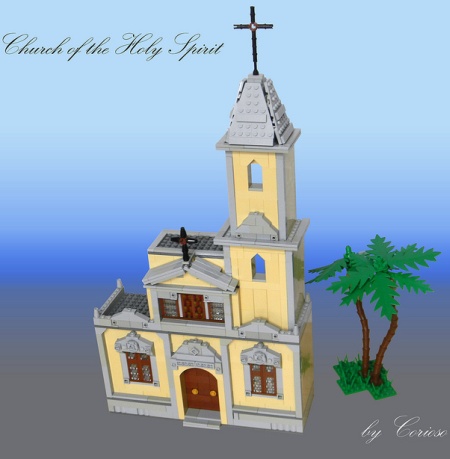 First building of a new town

Classic-Pirates.com user Corioso presents his latest MOC – Church of the Holy Spirit, which is going to be a part of an all-new Caribbean town he’s planning to build. So far the project looks very promising, wouldn’t you agree?

Discuss Church of the Holy Spirit in the forum!

Fortress in Caribbean by Brian Abildgaard 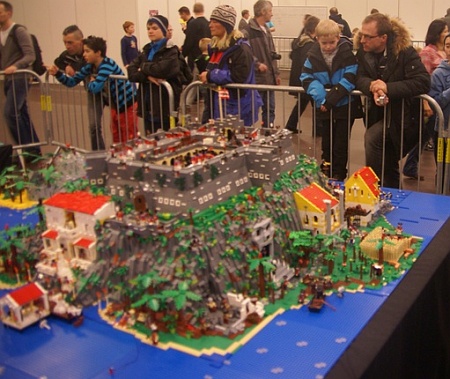 Check out this amazing giant MOC built by MOCpages user Brian Abildgaard. There’s so much going on in here that it’s virtually impossible to describe it, so there’s no point in even trying. Just follow the link and see more pictures of this outstanding LEGO creation!

Discuss Fortress in Caribbean in the forum!

The Crimson Skull by Yawgmoth 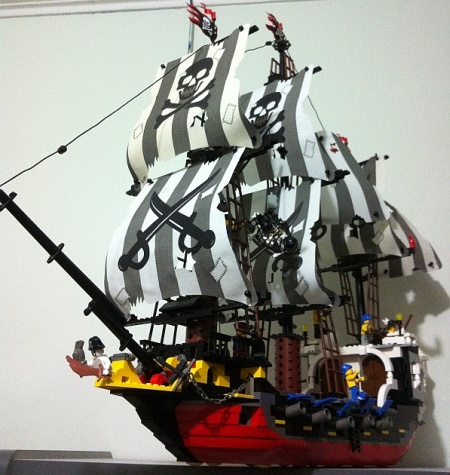 Beware of this pirate vessel!

Classic-Pirates.com user Yawgmoth has recently posted his latest MOC – The Crimson Skull. This mighty pirate ship looks a bit like an extremely upgraded 6289 Red Beard Runner, and was in fact built using bricks from three of those sets. It has a lot of cool features and what seems to be a great play value!

Discuss The Crimson Skull in the forum! 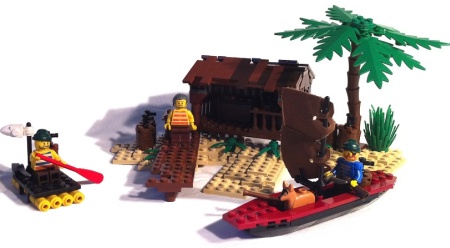 We all love rum!

Please take a look at this MOC built by Flickr user Roboslob92. As the creator describes it, it’s a small island used to transit rum tax free. Not a big creation indeed, but it looks very nice and in fact might work as a genuine LEGO set.

Discuss Rum Runners in the forum! 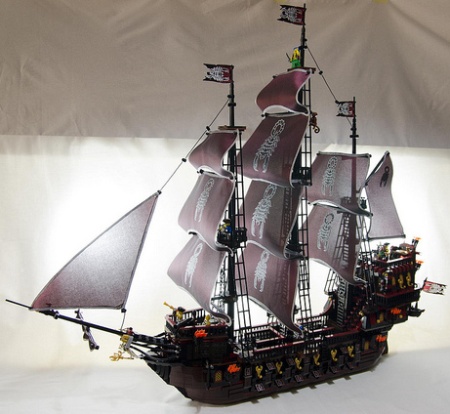 All of ye Pirate LEGO fanatics out there, check out this magnificent Scorpion’s Soul Pirate Ship from Classic-Pirates.com user Hass Kabal! She’s got custom, handpainted sails, along with lots of other cool features, including some clever interior details! 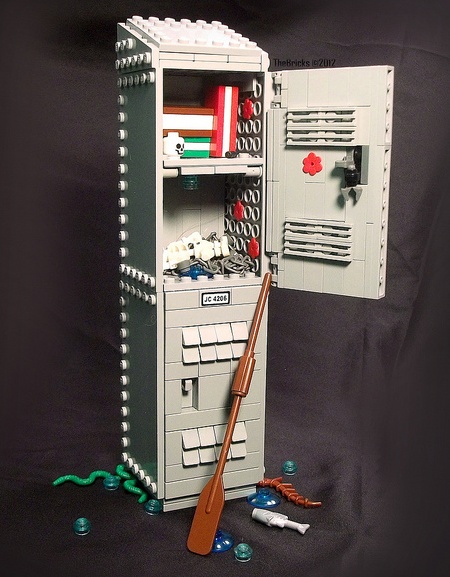 This locker is quite messy...

Check out yet another fine MOC from Flickr user /TheBricks\. Not a typical Pirate creation that one would expect, but you must agree that it’s quite an interesting approach to the subject of the infamous Davy Jones’ locker. 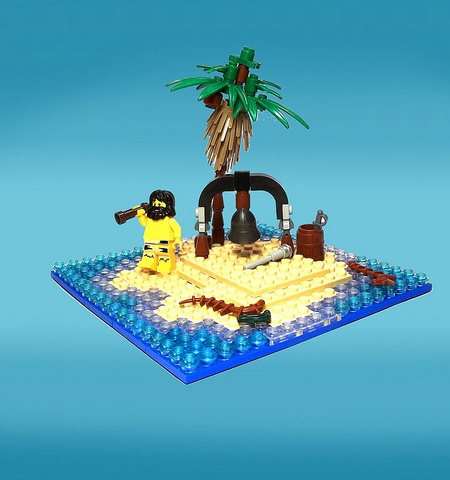 Alone on a small island...

Take a look at this small yet quite eye-catching MOC from Flickr user /TheBricks\. This poor fellow trapped on that little island has nothing but the bell that he can use to call passing ships in hope of a rescue.

Discuss Bellringer’s Isle in the forum! 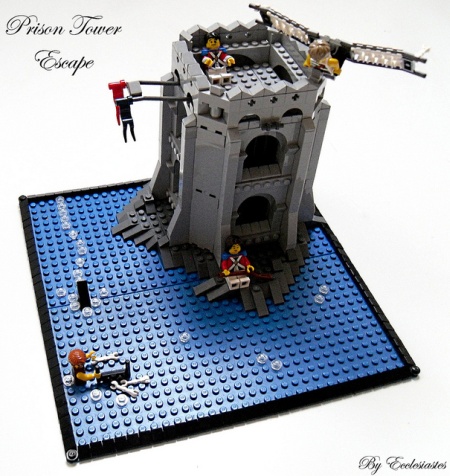 Remember the myth of Icarus? Here’s a pirate version of it, in a MOC built by Ecclesiastes. Check out the nice-looking tower, the makeshift wings and other cool details! And thanks to Classic-Pirates.com news scout SirSven7 for finding this great creation and showing it to us!