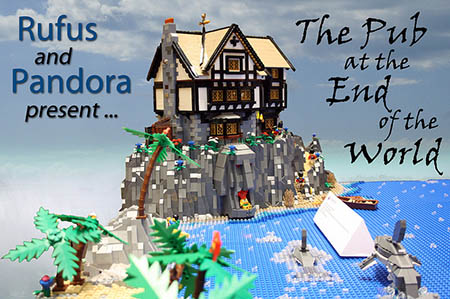 Turns out the world is flat.

Having seen this MOC in person, I can say it’s incredible. From the beautifully built pub to the rock base it lives on, this is one stunning MOC. Besides looking great on the outside, this has a full interior and a beautiful view of the nearby waterfall. This is a MOC you have to see, did I mention it won Best Small Building at the 2012 Brickworld?

See more of The Pub at the End of the World in the forum! 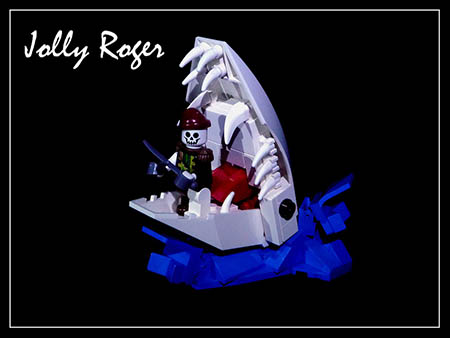 Our News Scout Horry brings us a nice little Vignette called Jolly Roger. It has all the classic-pirates elements, Pirates, skeletons, and sharks. I really like how he designed the teeth, the have just the right curve and a clever use of some pieces if you look closely.

The Battle of Corunna by Mark of Falworth 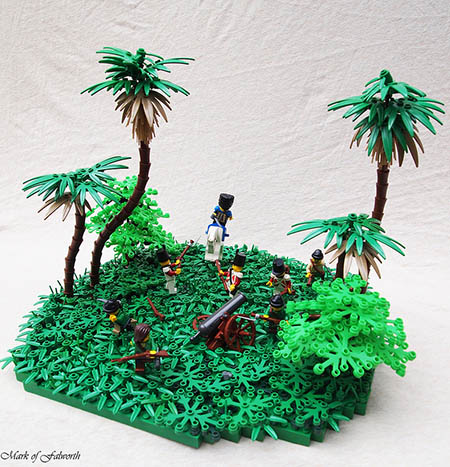 The art of surprise?

Flickr user Mark of Falworth has created a great battle scene with some of the best foliage that I’ve ever seen. It looks so natural yet not overbearing of the scene. Will the ambush work?

Comment on the Battle of Corunna in the forum. 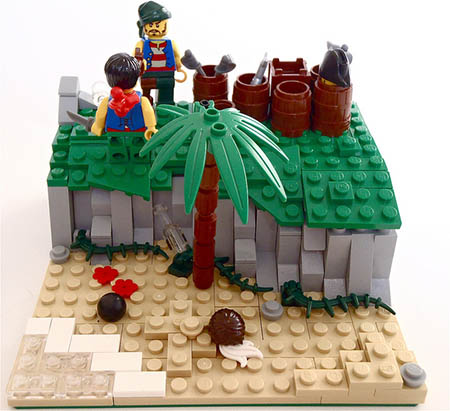 One of our news scouts SirSven7 found this great MOC on flickr. Created by Owen_S this simple but very clean MOC shows what can happen when you go head to head with a Pirate and there is no one else around.

See more of Witness in the forum.

Posted by Big Cam in Pirates, Land Based | Comments Off on Witness by Owen_S 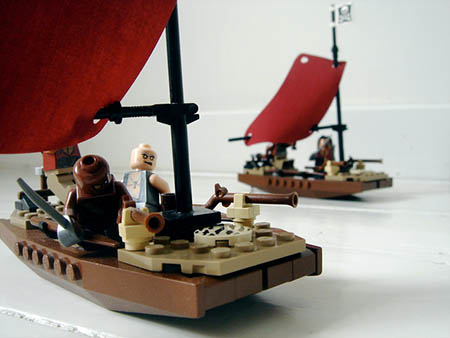 They may be small, but we've got em in numbers

Our own News Scout Sebeus Iniwum has made some small, yet agile rafts. With limited firepower, numbers are their greatest ally. With numerous rafts they can easily overtake a large vessel. Whether crewed by Pirates or the occasional zombie, these will get the job done.

Crab an a dab o’ blue by I Scream Clone 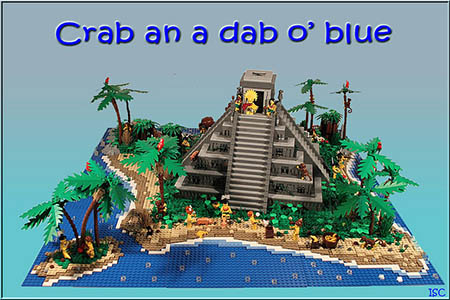 There are crabs, islanders, a few monkeys, Oh and a Pyramid

I Scream Clone is no stranger to great MOC’s, he creates them all the time and today is no exception. Today I Scream Clone has brought a fantastic Islanders MOC including a Pyramid, you know for worship.  It has everything you want in an Islanders MOC.

Comment on Crab an a dab o’ blue in the forum 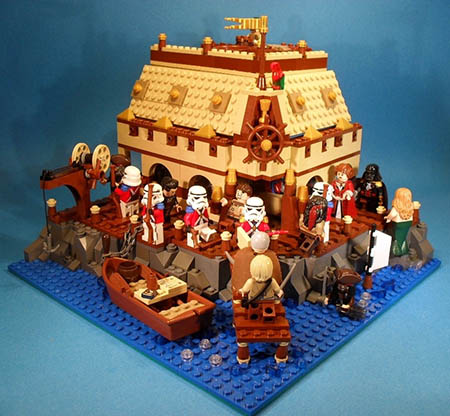 What do you get when you mix Star Wars and Pirates? Port Cantina of course.  There are lots of fun details to see and there are many more pictures to see, including a lineup of his mixed up cast. I think Jack is lost.

Without a Paddle by Captain Beerbeard

He probably floated for days

Captain Beerbeard brings us an unfortunate scene of a Pirate lost without a paddle. The water technique is really well done and you can tell it took time, judging from all those clear pieces. A great scene that would fit perfectly in any Pirate story.

Be sure to comment on Without a Paddle in the forum! 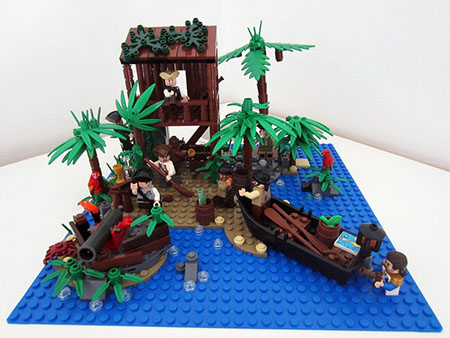 If you're a Pirate you'll find what you need here.

Captain Heineken is no stranger to the Classic-Pirates.com front page and today he presents the Pirates lair. It’s a simple MOC with all the right details, from Pirates on guard, cleaning up, a blue coat on the advance, and a parrot or two.

Calling all Pirates, we need your Vote! 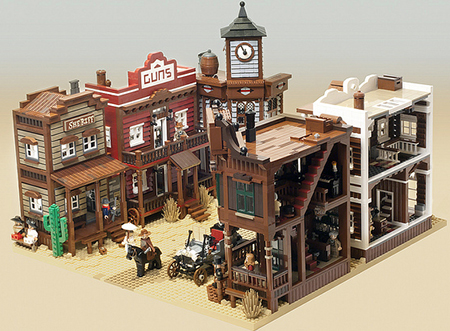 Pirate fans, the LEGO community needs your help! It’s not often we stray from Pirates but deep down most of us also like other LEGO themes. Well the Western AFOL’s need your help.

Some time ago marshal_banana won the Eurobricks Spaghetti Western competition with a stunning (modular) Western Town (pictured above).
He’s now doing pretty well on CUUSOO, so let’s help him make the 10.000 votes for this MOC to be considered by LEGO for production. Who wouldn’t a new Western Theme that comes with a Western Town where each house can be bought as an individual set?

Go here on CUUSOO and cast your vote!

Posted by Big Cam in Websites | Comments Off on Calling all Pirates, we need your Vote!

X marks the spot by Walt 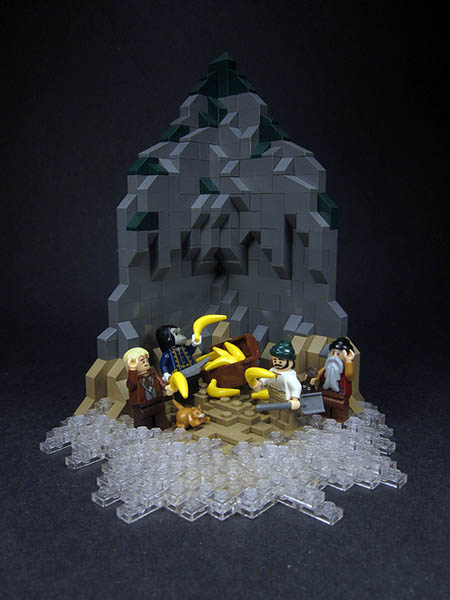 They have found the treasure that ONE was looking for

Be sure to comment on X marks the spot in the forum. 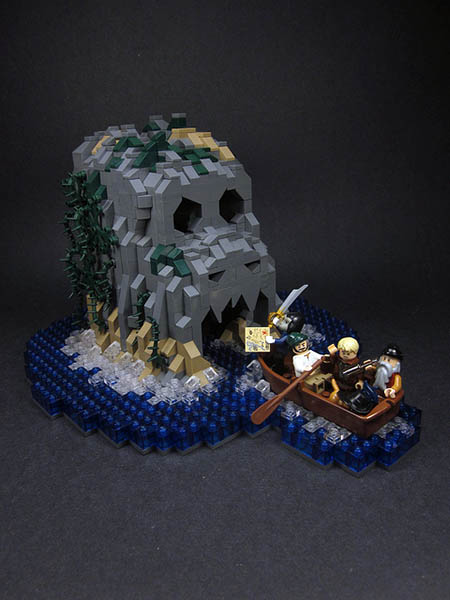 Captain Bananabreath found his crew and they are off, what perils lie ahead for the Crew lead by a Primate? Is it a trap for the crew or is there treasue to be found? Stay tuned to the forum for the conclusion.