The Governors Office by Ratshot

The Governor in his Office.

This nicely detailed Moc is presented to us by Eurobricks member Ratshot. It is full of interessting building techniques as the mini-ship and the table. Be sure to visit the Forum and take a closer look.

Visit The Governors Office by Ratshot in the Forum. 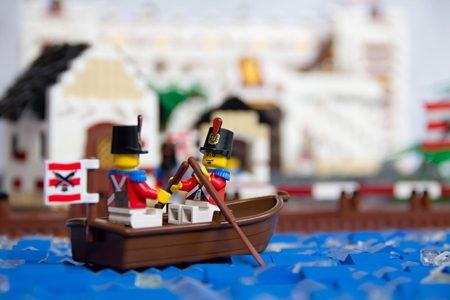 Where are they going?

Erdbeereis has finally finished his huge Redcoat fortress. The Moc comes complete with pier and rich landscape. Particularly interesting is the architectural style and color scheme of the buildings. But it’s worthwhile to discover the many other details. For example, his interesting way to build the water.

So come along and visit Caribbean Fortress by Erdbeereis in the Forum.

Pirates Of The Caribbean Themed Vigs by Walt 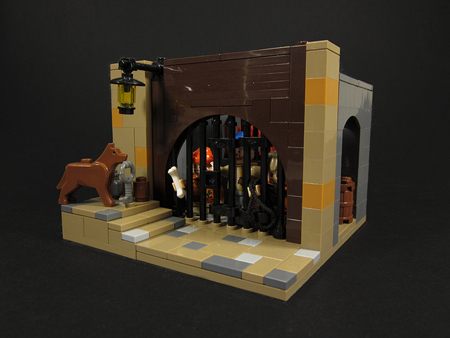 These very accurate built vigs representing some scenes known from the Pirates of the Caribbean ride at Disneyland are brought to us by new Eurobricks member Walt. They contain a very high level of details and are really a pleasure for the eyes. Be sure to visit the Forum for more interesting vigs.

Come along and visit Pirates Of The Caribbean Themed Vigs by Walt in the Forum. 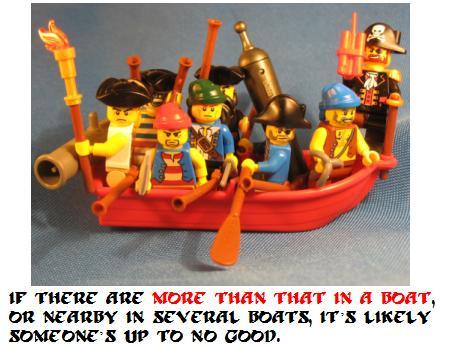 Eurobricks member Cinco Llagas brings us his very helpful guide with many tips for recognizing contemporary pirates. His article is full of vivid explanations on the basis of many photos and graphics.

Check out ‘Tips for recognizing contemporary pirates by Cinco Llagas’ in the forum. 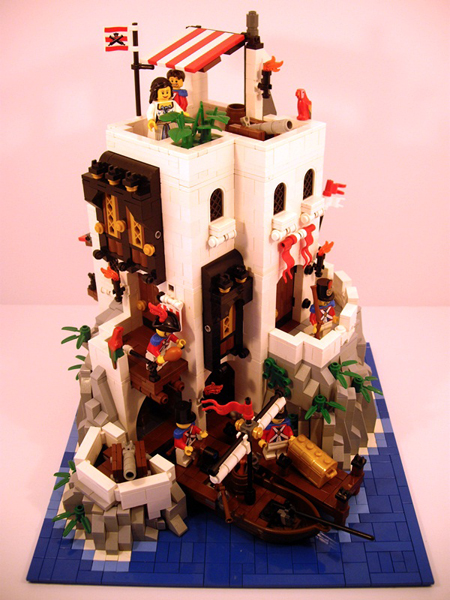 What a stunning port building.

This harbor building, built into the cliffs, has its own unique charm. It is very detailed and there  is much to discover. As the brick-built cannons and the small sailing ship. But the best thing about this Moc is for sure the modular construction.

Visit Port Newnham by Nick McLego in the Forum for more details.

The Black Pearl in a bottle by arlutik 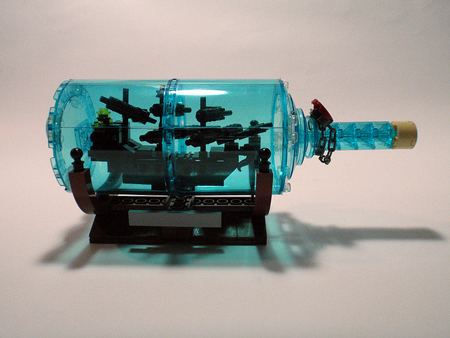 Every Pirate needs a Ship in a bottle, here it is!

This beautiful Ship in a bottle brought to us by the Eurobricks user arlutik isn’t just a random ship. It is the Black Pearl. The level of details in this little Moc makes it easily recognisable. But beside the lovely designed vessel, the bottle is also very unique and well made.

So come along and visit ‘The Black Pearl in a bottle by arlutik’ in the Forum. 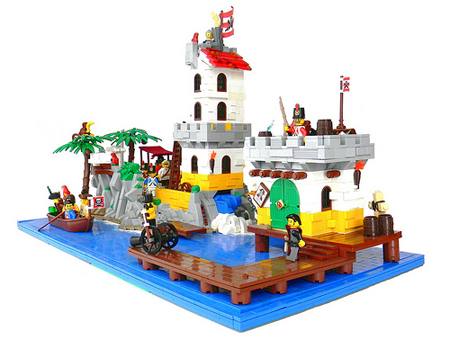 A great remake of an old classic.

This fantastic new edition of an old classic pirate set is presented to us by Eurobricks member NewRight. His building impresses with a clear Structure but also includes many realistic details. It is inspired by the shape of 6277 Imperial Trading Post.

Hoist the sails and visit Imperial Trading Post by NewRight in the forum.

Some interesting figures in an unusual size!

These Pirate-Figures in unusual size are exceptional. New builder Corioso has managed to put some recognizable details in his first creation. Make sure to look up his thread to see much more like the interesting posing of the figures.

Look for all the details of 5:1 Pirates-Figures by Corioso in the Forum.

Out the stormy sea.

Better late then never! This outstanding lighthouse settled on a cliff over the shore was originally build for the 2010 Community Build, but never published until now. It’s a great mood that comes to mind when you watch the fine vessel alongside the cliff, swaying in the waves. But there is more to discover like the working lighthouse fire and the scenic beauty.

So come along and visit Lighthouse by maydayartist in the Forum.

Posted by Skalldyr in Dioramas | Comments Off on Lighthouse by maydayartist

Terra Volcanis by I Scream Clone 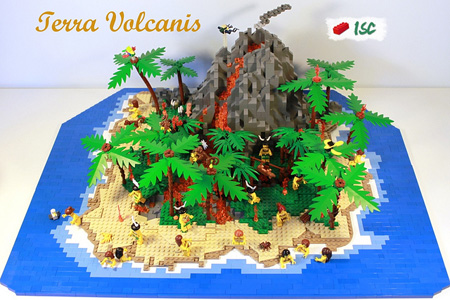 Run for your lives!

In his latest Moc, I Scream Clone shows us the power of nature. The beautiful island, inhabited by many islanders is doomed to die! Why? Because of the huge volcanic eruption …  The cottages alongside the many other details, like birds, palm trees and animals, are beautifully designed. In addition, it is rather rare to see so many islanders in one bunch.

So, you see, it’s absolutely worthwhile to stop by the Forum and visit Terra Volcanis by I Scream Clone. 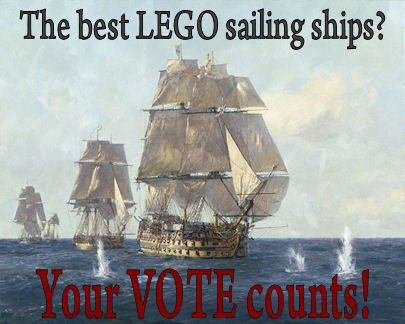 Posted by Skalldyr in Polls | Comments Off on The best LEGO sailing ships? 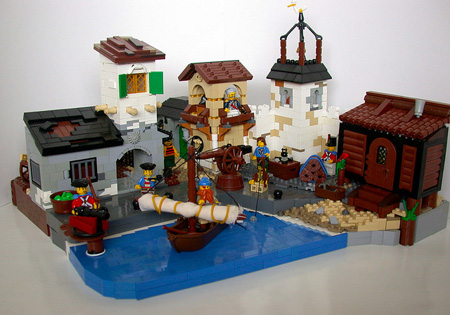 A hustle and bustle prevails in that port.

Pif500 really is a talented builder. Also his latest MOC is perfect and full of details. All the different buildings with interior and all the different characters that inhabit the harbor are excellent. So, visit the forum and see this great Moc yourself, it’s worth it!

Posted by Skalldyr in Land Based | Comments Off on Kingston,1729 by pif500