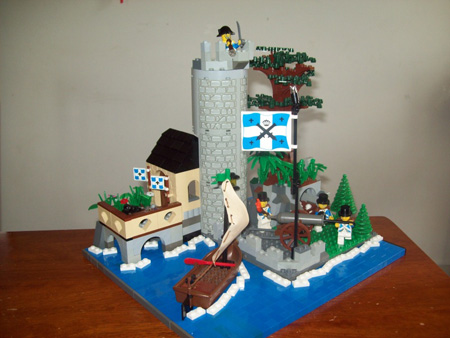 A good place to defend yourself.

This impressive and yet simple observation tower built by TazManiac is really an eye catcher. Even if it is just a WIP, the landscape is also very nicely done, especially the surf effect. But of course there are more lovely details to discover.

Now set your sail and visit WIP Coastal Defense by TazManiac in the forum. 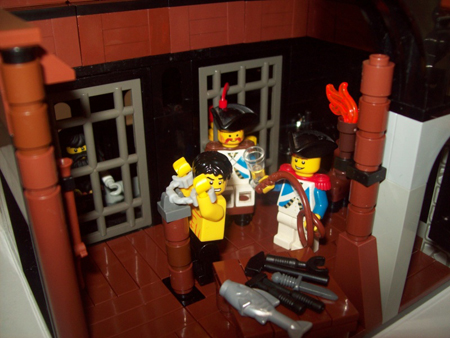 This is a really cruel and brutal place TazManiac presents us. The guys doesn’t only get tortured by whip, no, they also have a gallows in that nicely built Blue coat prison. So watch out, or you’ll may be the next one in the hanging cage.

Click here to see some other details of Blue coat prison by TazManiac! 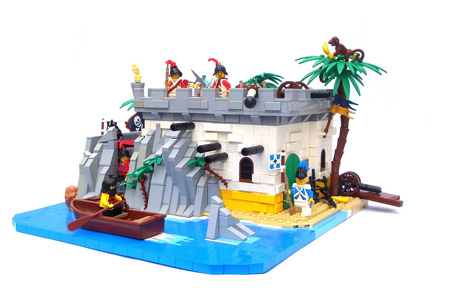 What a nice outpost. That is a place where you would like to be on guard.

It’s always a great joy for the eyes when NewRight presents a new building.
And also this time he did not disappointed us. This outpost of the Armada is built with lovely attention to detail, such as the burning courtyard and shooting cannons. The building itself has an interesting wall-pattern and the overall picture is rounded off by a convincing landscape.

Click here and discuss Armada Outpost by NewRight in the Forum! 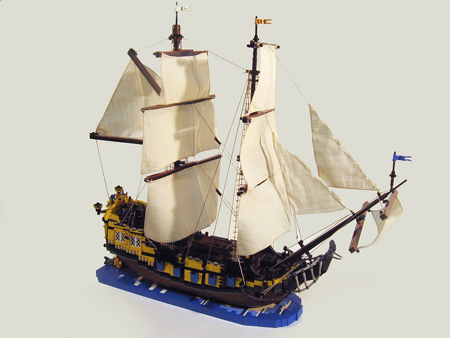 What a beautiful ship, sailing on the seven seas.

This beautiful vessel is the first attempt in shipbuilding by mlucas86 and immediately a great success.  Apart from the successful presentation, based on the ocean, it has to offer many more well built details. Such as, the sails, the rigging and the stern. But, did you see the mermaid? Further details and a making-of can be seen in the Forum.

Discuss Custom ship by mlucas86 in the forum! 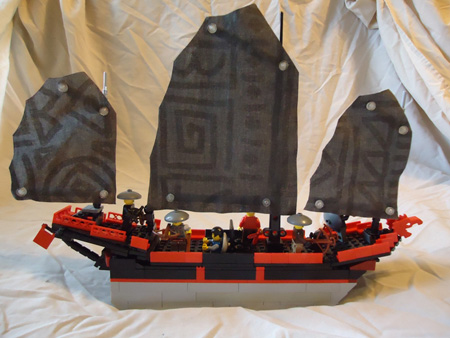 A beautiful chinese junk - with interior.

They are a rare sight in the Forum, but they are often built with loving attention to detail: Chinese Junks! Also this ship, made by Darth Yogi. It has self-made sails and even an interior. But take a look, there is even more to see.

Discuss Chinese Junk by Darth Yogi in the forum!