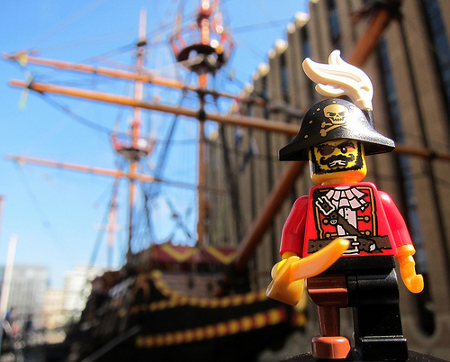 Ahoy there! T’day be International Talk Like a Pirate Day! Celebrate all things piratey by talking like a salty sea dog. You best be doing it, or we might make ya walk the plank! Arghh!

Earn yer sea legs, then discuss International Talk Like a Pirate Day in the forum.

Posted by Walter in Events | Comments Off on Happy International Talk Like a Pirate Day! 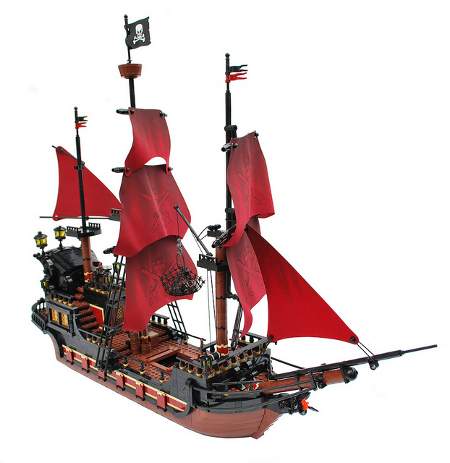 The looks of this rival the Imperial Flagship.

Franko Komljenovic recently constructed this amazing pirate ship. It bears no name, but its looks alone are enough to make one remember it. The details are so crisp and clean, yet they maintain an almost LEGO set like quality.

Tear in the Sand by Petronel 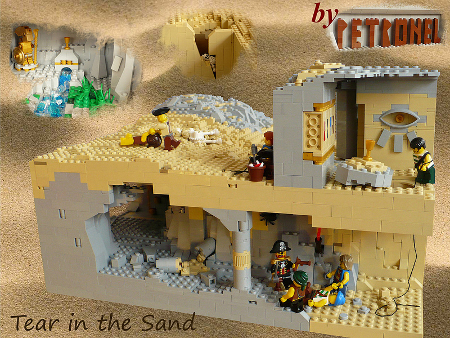 The pirates travel the desert in search of water.

It isn’t every day you see a band of pirates in the middle of a dry desert. Petronel tells the story of a group of pirates in search of the world’s purest water. The landscaping, architecture, and pirate crew are worthy of note when discussing the great details on this awesome LEGO creation.

Read the story and discuss Tear in the Sand in the forum.

Posted by Walter in Land Based, Miscellaneous Build | Comments Off on Tear in the Sand by Petronel

Treasure Cave by Mark of Falworth 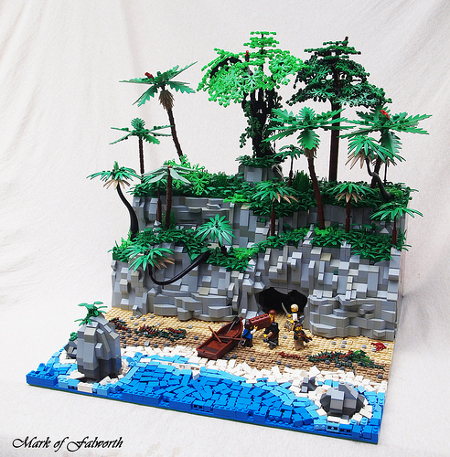 A band of pirates reclaim their hidden treasure.

This magnificent diorama by Mark of Falworth depicts some pirates visiting their treasure cave. The scurvy band of misfits have apparently reclaimed their loot and are taking it out of the cavern. There are many noteworthy details including the sea weed, foliage, and the water technique that Mark has become well known for.

Marvel at the details, and then discuss the Treasure Cave in the forum.

Posted by Walter in Dioramas, Land Based | Comments Off on Treasure Cave by Mark of Falworth 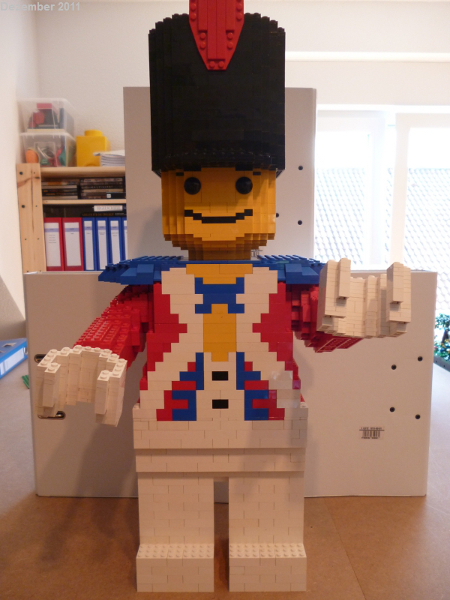 What’s better than one average sized Redcoat? Well a Bluecoat might say a dead one is better, but one might also say that a big Redcoat is better. Kerntechniker has sculpted this towering colossus of a Redcoat. The height, shaping, and details on this statue are great.

Discuss the Big Redcoat in the forums.

Hut and Statue by Mariko 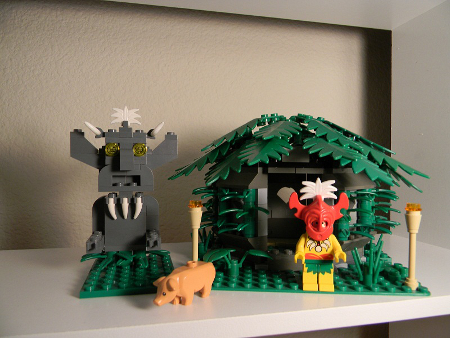 An Islander and his pig share this lovely hut!

Islanders have always been a fun branch off of the Pirate’s theme. Mariko brings us this lovely hut and statue built for every common Islander to enjoy. With an awesome statue, tiki torches, and a pig by their side, who wouldn’t want to visit this lovely home?

Discuss the hut and statue in the forum.

Posted by Walter in Uncategorized, Islanders, Land Based | Comments Off on Hut and Statue by Mariko

The Beauty by Sebeus I 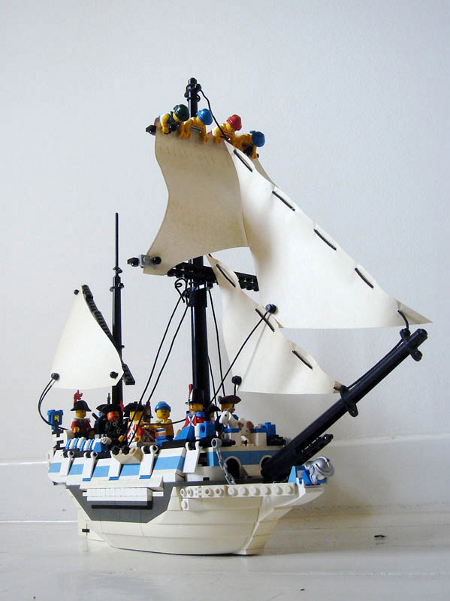 Isn't she a beauty?

This vessel built by Sebeus I is referred to as “The Beauty”, and it certainly lives up to its name. This Polacca features some great details that are always present in Sebeus’ builds including a great color scheme, custom sails, and an awesome crew.

Discuss The Beauty in the forum.

Posted by Walter in Pirates, Ships | Comments Off on The Beauty by Sebeus I

Islanders Rocks by Sebeus I 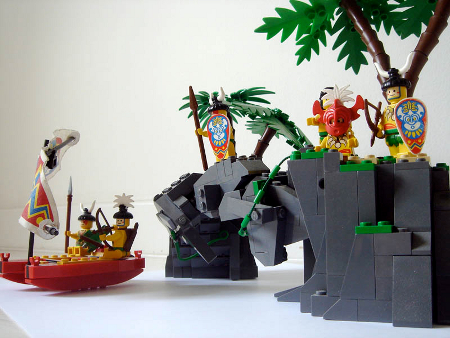 Our very own Sebeus I recently built some lovely little Islander creations. These were originally intended to make up a bigger diorama, but the project was never finished. The rocks that Sebeus I constructed are very impressive and offer a very interesting level of detail and shape. How did he do it you ask?

Come find out, then discuss Islanders Rocks in the forum.

Posted by Walter in Islanders, Land Based | Comments Off on Islanders Rocks by Sebeus I

Don’t look behind now by Evildead 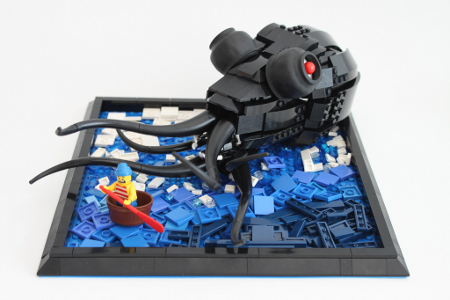 Evildead depicts a giant squid chasing after a light snack. The poor pirate seems to be in quite a panic. The details on the squid are great, and the water technique is unique and different from what is usually seen when depicting water in Lego form.

Discuss Don’t Look Behind Now in the forum.

Posted by Walter in Dioramas, Miscellaneous Build | Comments Off on Don’t look behind now by Evildead 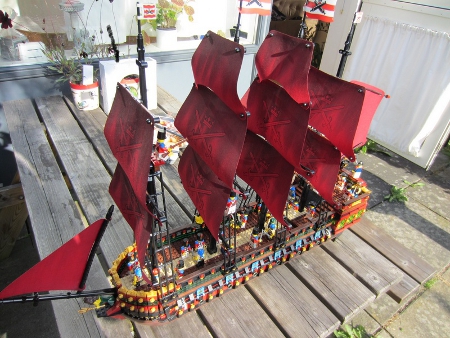 Morthen’s Golden Whale shows off a brilliant gold and red color scheme. However this vessel isn’t just nice to look at, but it also features working remote controlled cannons! Perfect for taking on Pirates who are up for a watery battle. Be sure to check out the video in the forum of the cannons in action.

Fire at will, and then discuss the Golden Whale in the forum.

Posted by Walter in Cannons, Ships | Comments Off on Morthen’s Golden Whale