As part of their new LEGO Games line-up, we pirates get our own! It is also available from LEGO Shop in the UK for £16.65, although not so for the rest of the world, at present. A few copies have shown up on Bricklink in the past few days.

Who can be the most cunning pirate of them all? Guess the other playersâ€™ secret codes before they discover yours and become the pirate captain. A game of logic and luck, secrets and treasures for 2 to 4 players. Game play approximately 15-25 minutes.

The single minifig and lack of new parts (unlike in the other LEGO Games sets) is somewhat disappointing, but the parts-to-price ratio and abundance of jewels make up for this. Worth noting are the old-style skeleton arms on the pirate, something not seen since the Aqua-Raiders line in 2007. 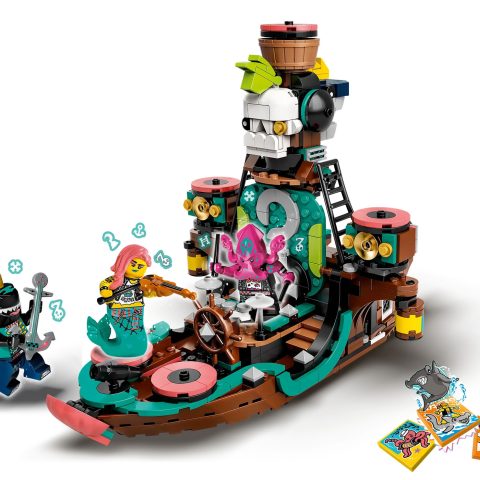 Do the Vidiyo sets have any relevance to LEGO Pirate fans?