This guide assumes you have an understanding of:

Why is this Important?

Much like the Alt Text used to describe images, Search Engines read image file names to learn more about what they contain.

So when someone performs a search using keywords that match the words in file names, there is a higher probability of those images appearing Search Engine Results.

This is why it’s extremely important to name image files correctly before uploading them to Classic-Pirates.com.

File names like IMG_3073.jpeg and 51428679404_bfea85cc23_k.jpg are meaningless because they don’t contain any descriptive words. From looking at those filenames, you have no idea what the images contain.

How to Name Files Properly

Filenames should be lowercase with all words separated by a Hyphen.

The two most important keywords associated with a LEGO Pirates blog are “LEGO” and “Pirates“.

So incorporate these into image file names whenever possible.

The next most important keywords should describe what the MOC depicts, E.g. Ship, Fort, Island, etc.

And finally, rather than numbering your Filenames, attempt to use descriptive words to differentiate them. E.g. front, back, side, day, night, closeup, starboard, stern, etc. 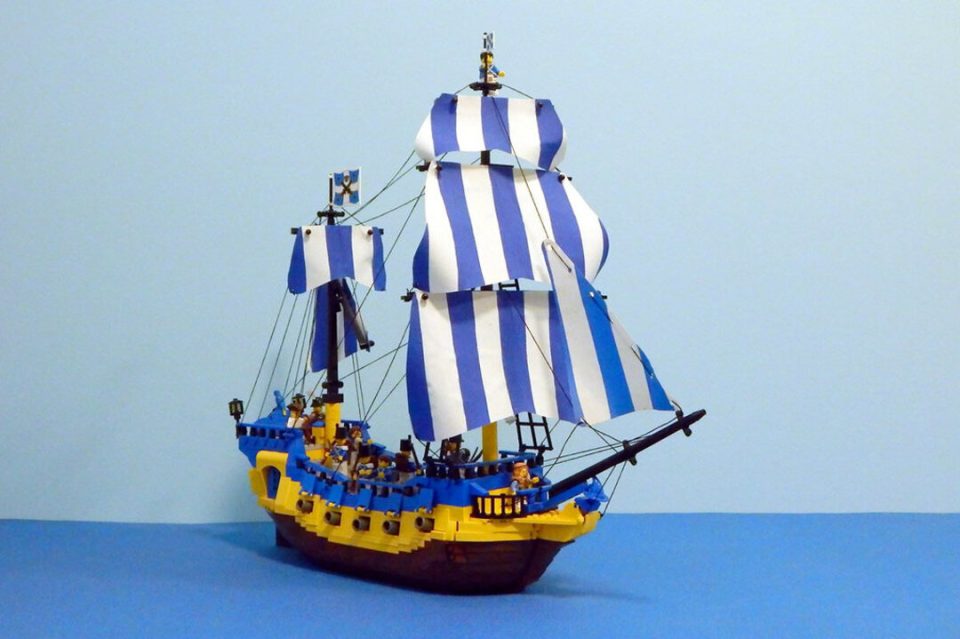 Using the above MOC as an example, we observe: 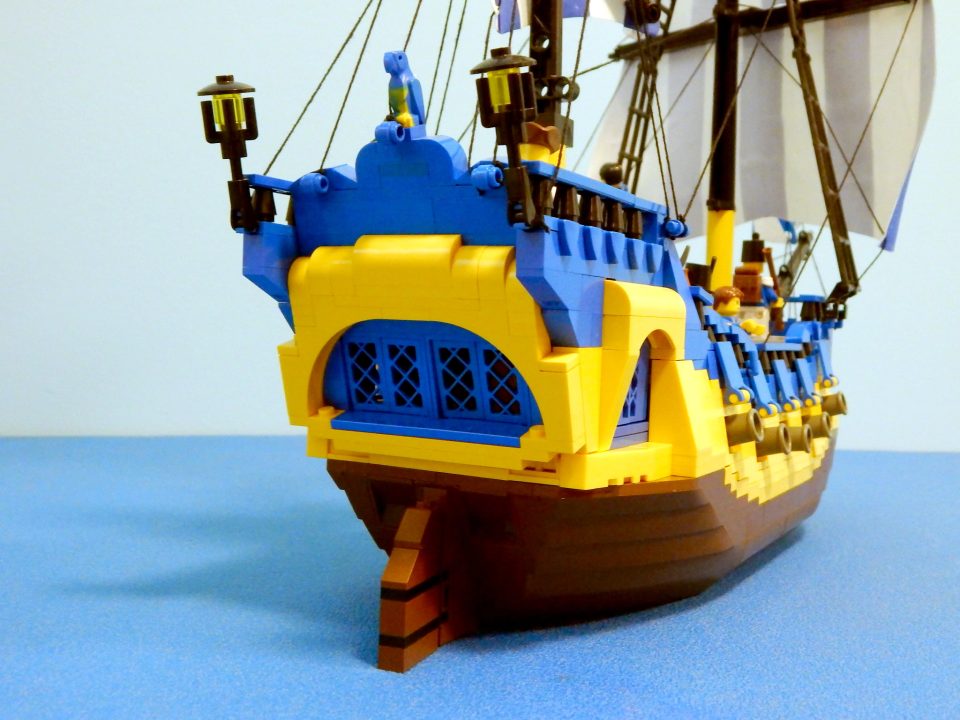 Taken from the back – the “Stern” of the ship

The above photo is the same MOC but captures the “back” of the ship, which is also known as the “stern”

Either of those keywords are acceptable but use precise terminology (“stern“) over general terminology (“back“) if you have that knowledge. 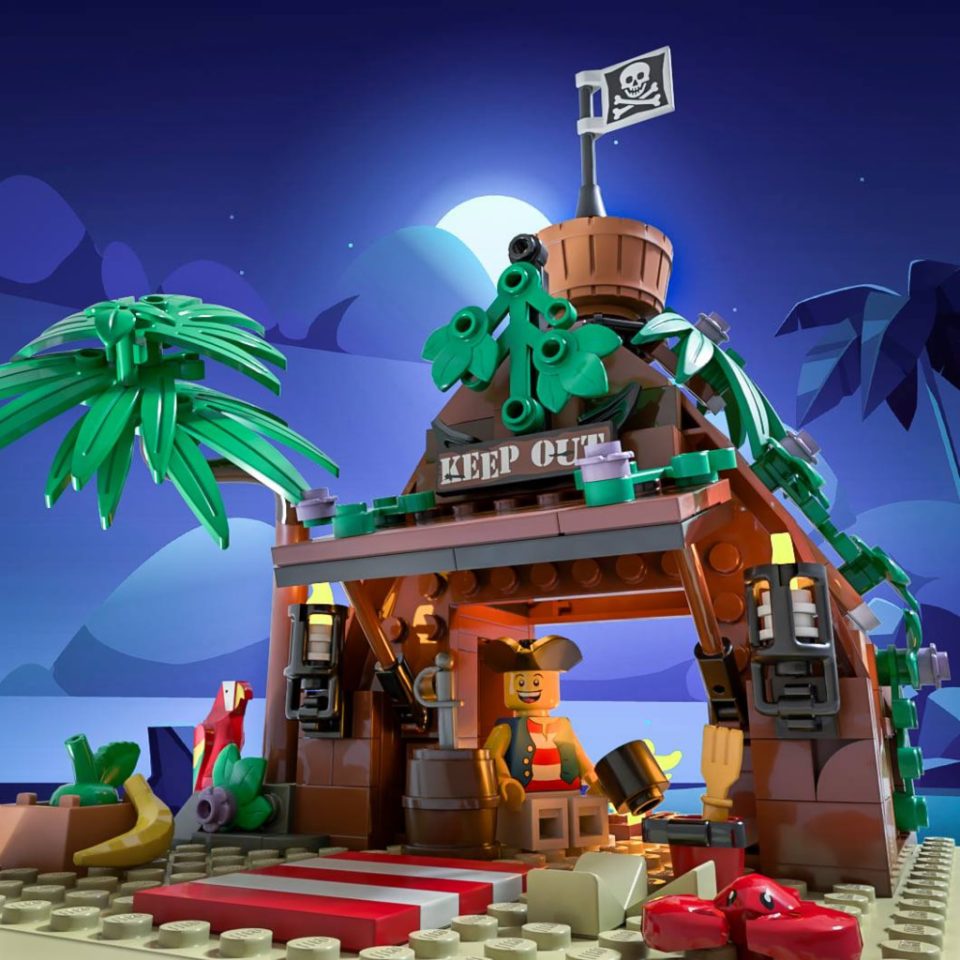 Using the above MOC as an example, we observe:

If the image contains an official LEGO Pirates set incorporate both the Set Number and Set Name into the File Name.

If the the image contains set Box Art then include which part of the box in the file name. 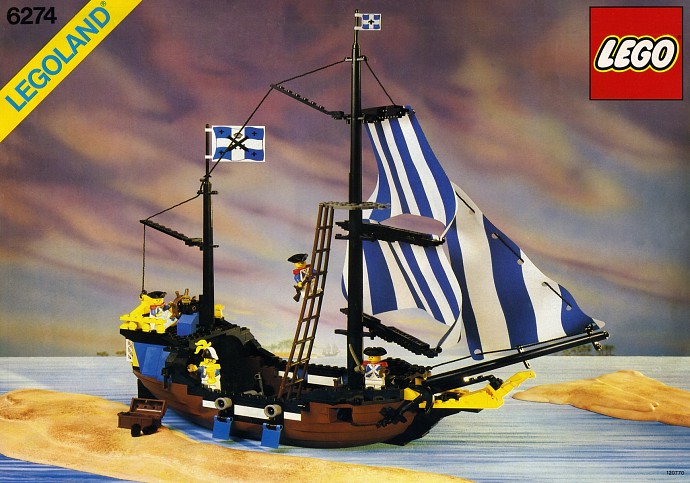 Using the above set as an example, we observe:

Including the builder’s name in the Filename is advantageous if the builder is well known, like for example, Bricky_Brick (Pablo Sánchez) who submitted Pirates of Barracuda Bay to LEGO Ideas or Mark of Falworth (Mark Erickson) who appeared on LEGO Masters.

But for your regular MOC builder, people are unlikely to be entering their name into Search Engines.

Nonetheless, like any artwork or creation, the name of the person who created it should be included.

If the Builder’s Name contains multiple words, separate them with a Hyphen.

Files CANNOT be renamed after they’ve been uploaded to Classic-Pirates.com.

You will need to rename the files on your preferred device. E.g. desktop computer, laptop, etc. before re-uploading to Classic-Pirates.com.

How to Get The Full Size Image

After the Image Details appear locate the Display Settings. 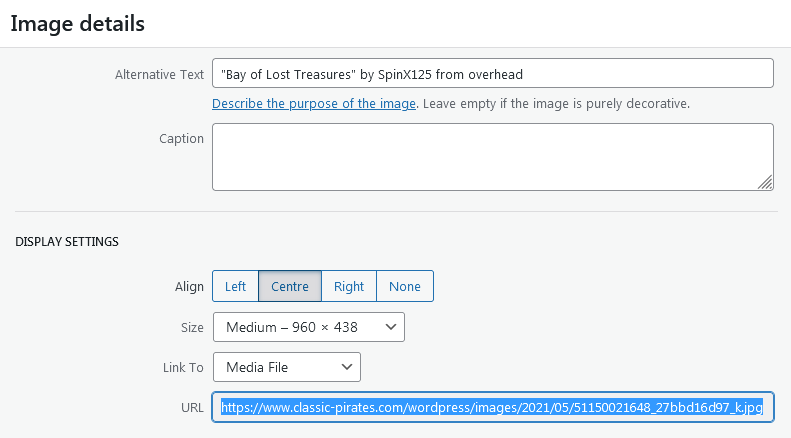 No URL in Display Settings

Sometimes the URL will not be present in the Display Settings.

If available change the Link To Dropdown to Media File and the URL should appear directly beneath. 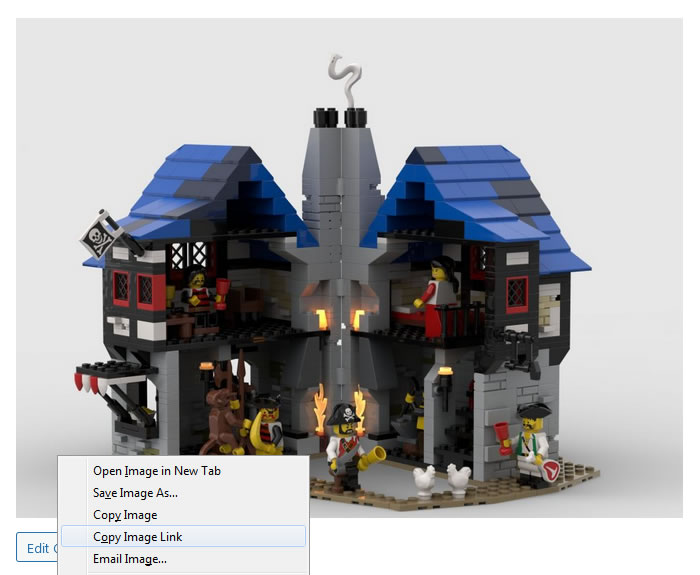 To obtain the URL:

Now press Enter and Save the image to your device.

DO NOT download the Featured Image directly from the Blog Post webpage because it will be a smaller Size Variant.