A Featured Image is the main image of a Blog Post.  They appear as the masthead (I.e. banner image) of every Blog Post and act as Thumbnails on Blog Archive pages.  They are also the image which appears in news feeds when Blog Posts are shared via Social Media.

First read the information on Selecting a MOC to ensure you select a MOC with appropriate photos.

The Featured Image should be the best photo which represents the overall MOC. Ideally it should look like it was taken professionally, or as close to a professional photo as possible.

How to Set A Featured Image

If a Featured Image has been previously set, click the thumbnail beneath the “Featured image” heading. 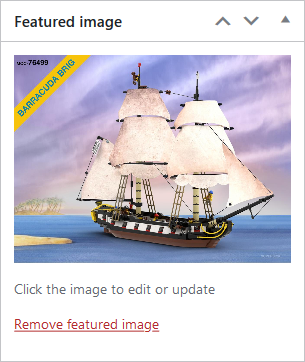 This will activate the Media Library.

To upload an image:

Further information can be found in the How to Upload an Image Guide.

Ensure the image you have just uploaded is selected by observing whether it has a blue outline and check box.  If not, you’ll need to manually click it.

Then in the right column you will find the Attachment Details. 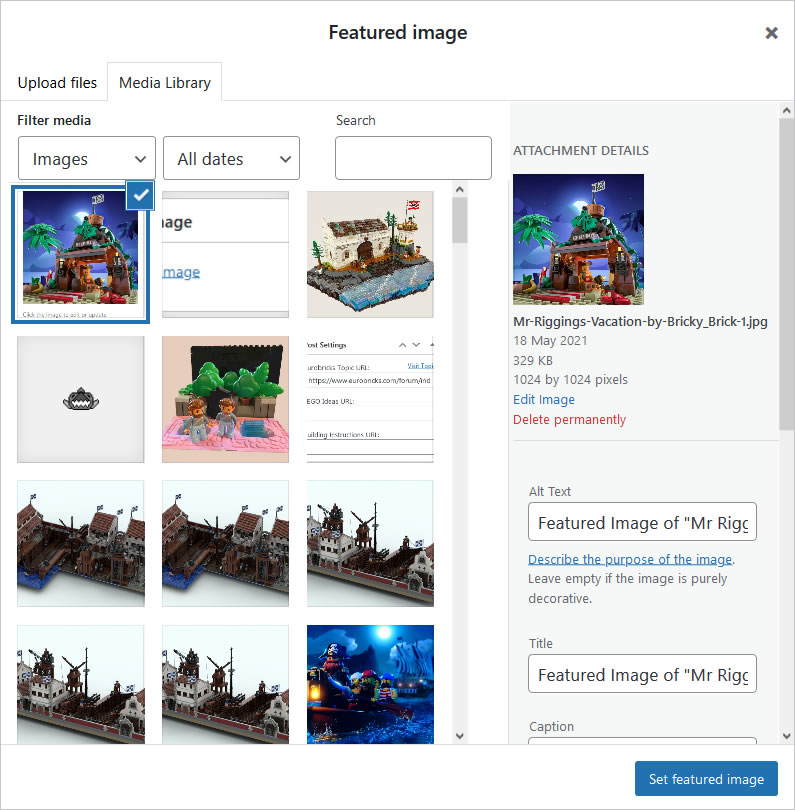 The Title and ALT text needs to be improved for the benefit of Search Engines and Screen Readers using the following format:

Using the above image as an Example:

Note that, you may need to scroll up to see the ALT Text Input Field.

After entering the updated text in both fields, click the Set featured image button. 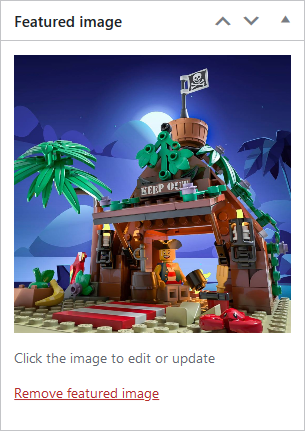 You will be returned to the Post Editor and the if successful, your selected image will appear as a Thumbnail beneath the Featured Image heading.