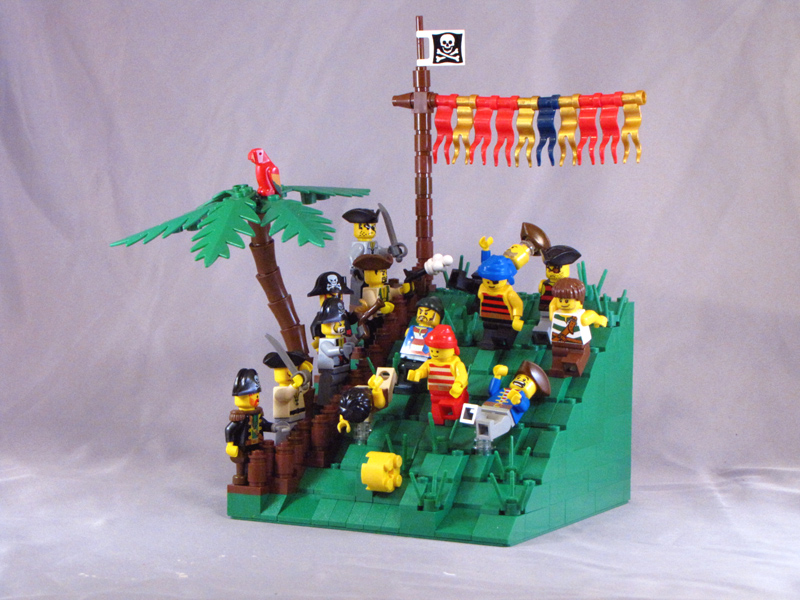 Get that rolling cheese!

Now that the pirates have time to relax, they have had to create their own excitement. Captain Brickbeard heard of this annual event, and had adopted it to fit the pirates needs. Cheese rolling has become the new horse racing of Pirate Cove. The captains watch and bet while their cabin boys race down the hill after the cheese.

Now hurry to the forum to discuss Cheese Rolling by Shmails, and get the cheese!