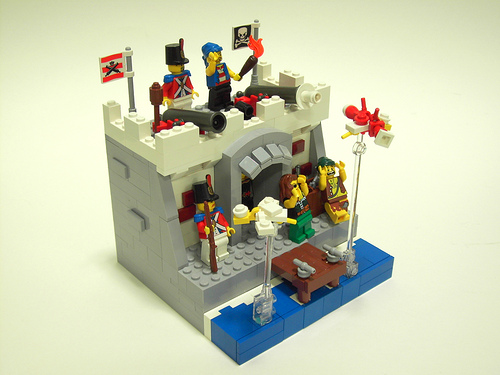 After the great Pirate-Imperial war of 1789 was over, an era of peace between the two enemies began. Laughter, beer, and many great stories were shared between Pirates and Imperials.

But anger and resentment still lied deep inside both sides. And instead of taking out their anger on each other, they found a common enemy. Seagulls. Loud, annoying, and messy, seagulls were the one thing both sides hated. And so began the great sport of Seagull Blasting, where the Pirates and Imperials would compete to see who could shoot down more seagulls using a cannon. In the background the big wigs of both sides were making bets, because neither side wanted to stop looking for treasure…

Check out PTVII Entry: A Common Enemy by DarthNick in the Pirate forum!