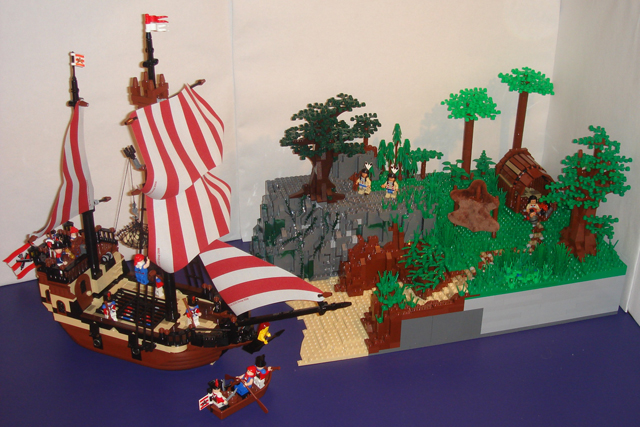 Who or what do they meet on the shore?

The ship, named The Seeker, sailed out on the 6th of August and 6 weeks later it had reached the coast of an vast country. One of the sailors caught the sight of a some smoke between the trees and when the ship approached the shoreline they could see some people on land. At this moment Lieutenant Jones is on his way to make the very first contact with this unknown culture. Will they be friendly and a potential trade partner, or maybe aggressive with no interest of becoming servants under the mighty Empire? The crew on board of The Seeker with Captain Brown in command is waiting with caution.