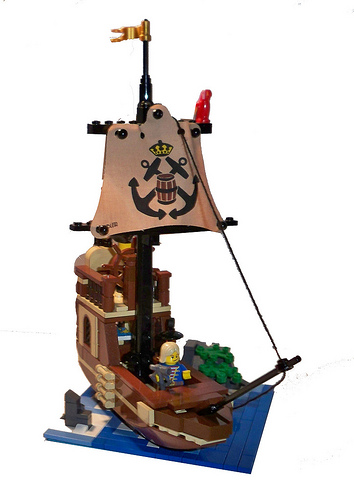 In times of peace in the Caribbean, trade among everyone boomed without the threat of a pirate attack. Smaller ships such as this one where specifically for that purpose. With small crews and little to no defense they would stand no chance against pirate attacks, but in peaceful times they could be counted on to trade up and down the coasts.

Sail to the forum to discuss the Coastal Trading Ship by Tom Bricks!