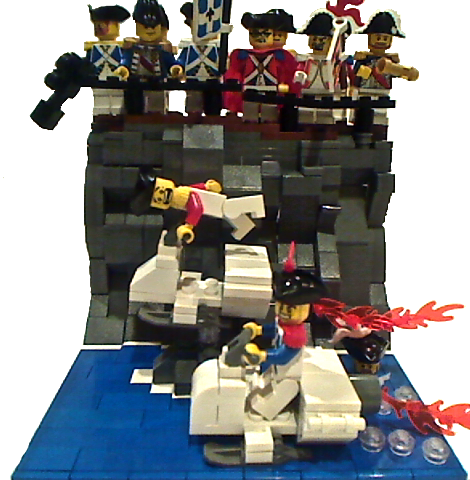 Who is going to win this epic race?

After the peace on earth with pirates and imperials, the Redcoats and Bluecoats also decided to give peace. But with peace on earth, what are they going to do with all those cannons? Well one day a man thought of a great idea. The first ever water jet ski! Simply a cannon with a seat on it. Since these were dangerous, people hardly use these but every year Redcoats and Bluecoats gather on top of rocky island and watch as men from each side compete for the champion of rocky island! Using these cannon water jet skis. These were the first ever jet skis so they had no steering and no brakes which means this race could mean death…

Discuss the  Great Cannon Race by General Armendariz in the forum!