Many months ago an Imperial Governor was captured aboard a Pirate vessel. Soon after the Pirates got caught up in a terrible storm and were shipwrecked upon a desert island along with the captive governor. After running out of provisions from the Captains cabin the wrecked crew are waiting for rescue on a diet of bananas and fish. 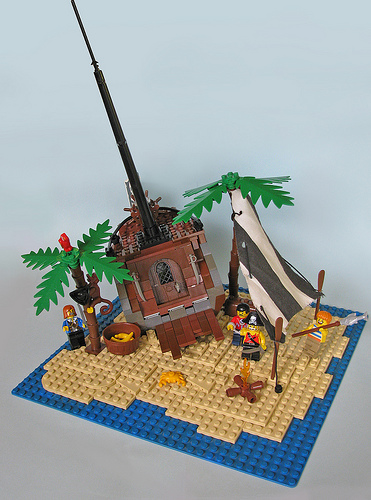 I caught a fish!

The new MOC from Matn, Shipwreck Island, mixes many different techniques and ideas in to a well designed MOC. It has the right amount of Island, Sea and other scenic elements like the wrecked ship’s cabin. Also adding the authentic looking tent created by using the ship’s sail was a nice and well pulled off idea.

Go and check out Shipwreck Island by Matn in the forum!