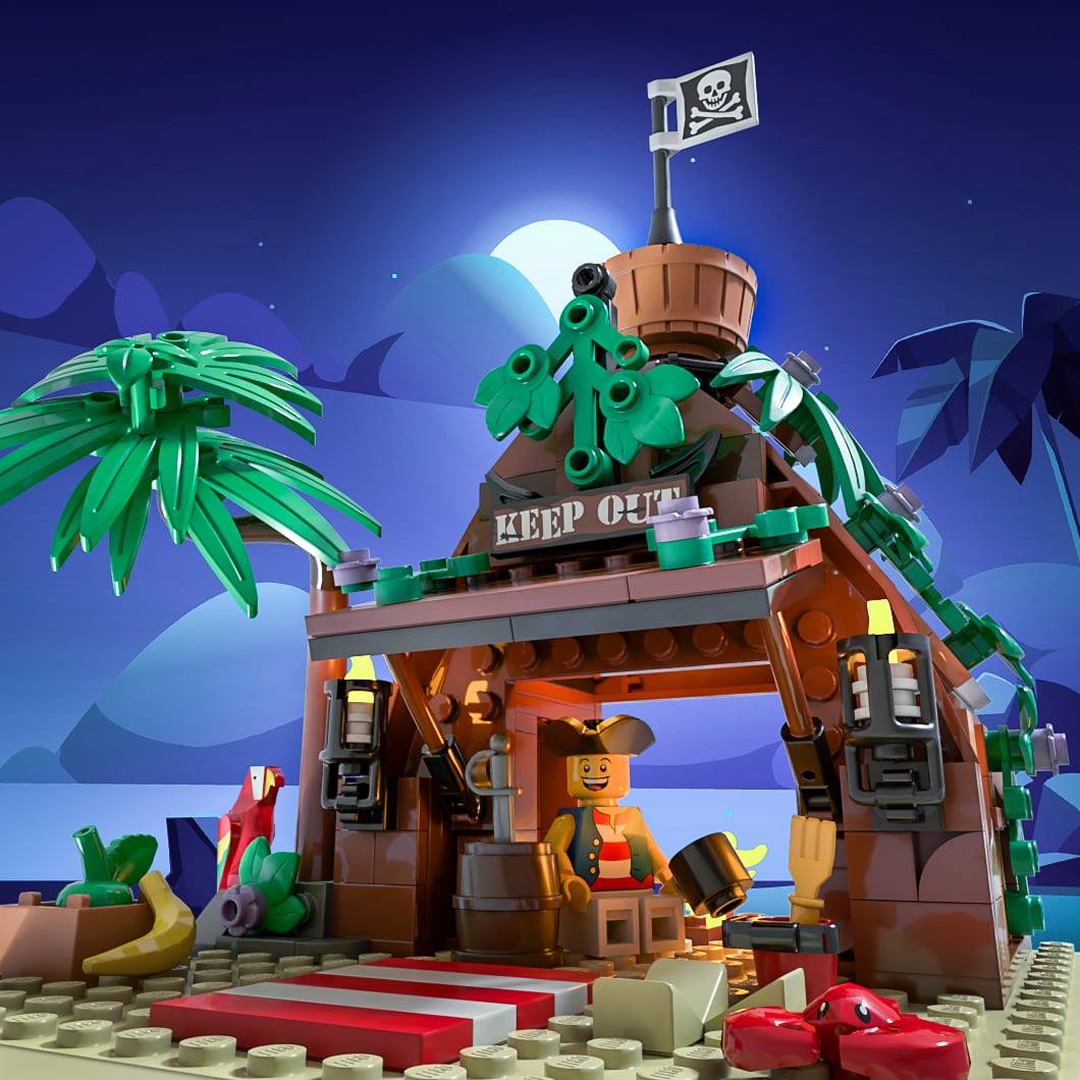 Bricky_Brick (aka Paokus in some circles, Pablo in others), the creator of Pirates of Barracuda Bay is back with an all new LEGO Pirates creation!

“Mr Riggings Vacation” is a somewhat enhanced Tiki-style version of the 1992 set, 6258 Smuggler’s Shanty, only this one is decked out for relaxation and the consumption of magnificent feasts.

But unfortunately, the LEGO Ideas Team did not not feel the same way and rejected this entry. Instead, they selected MOCs with a more seaside-theme for the crowd voting phase.  Awww, shucks, LEGO Pirate fans – but they did approve a similar entry, Ray the Castaway, which also makes a nice accompaniment to 21322 Pirates of Barracuda Bay.

Before becoming a Quartermaster and losing some vision, Mr Riggings lived peacefully in his refuge. After being recruited by Captain Redbeard the shelter was left without an owner.

How the Contest Worked

According to the official contest webpage on the LEGO Ideas website…

In this contest, we’re asking for coastal builds that remind us of sandy toes and summer adventures to be transformed into a gift with purchase set! You could build sandcastles, beach huts, fish and chips; the possibilities are endless.

As the Grand Prize winner of this contest, you will get the exclusive opportunity to have your model transformed into a new LEGO Gift with Purchase set. This model should be between 150 and 250 bricks/elements. This model should be between 150 and 250 bricks/elements. Your entry should also not be related to any current or future LEGO Ideas gift with purchase, these being: Sailing Ship Adventure (Fan submission title), Rocket Ride or the Vintage Car.

The contest will consist of 3 phases: 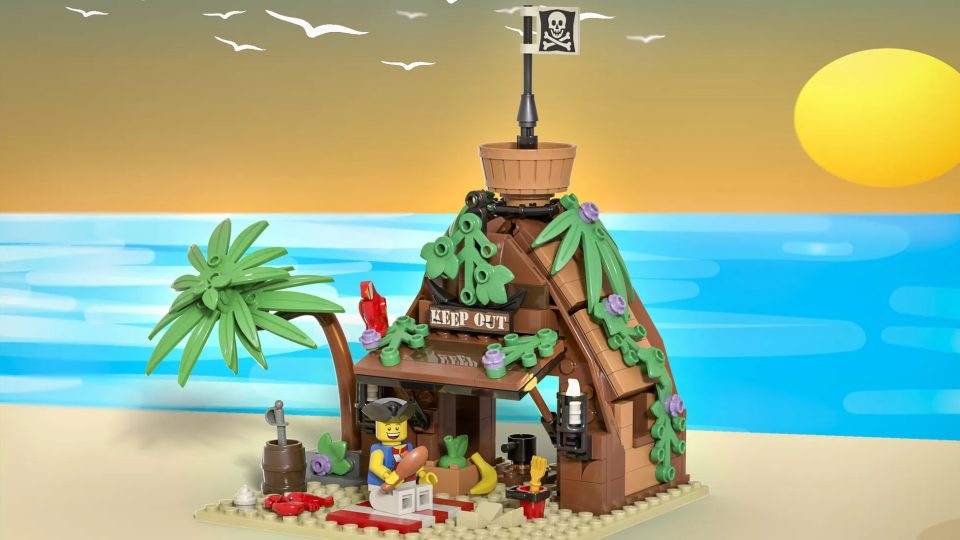 A sumptuous feast is served for breakfast every morning

Wait – who is Ray the Cast Away?

Ray was another entry in the “Do You Want To Go to the Seaside?” contest submitted by the DadiTwins.

Both entries are built on a similar concept, (I.e. the shipwrecked pirate shanty) only Ray is looks considerably more disheveled, probably because his shack doesn’t offer the room service Riggings enjoys daily. 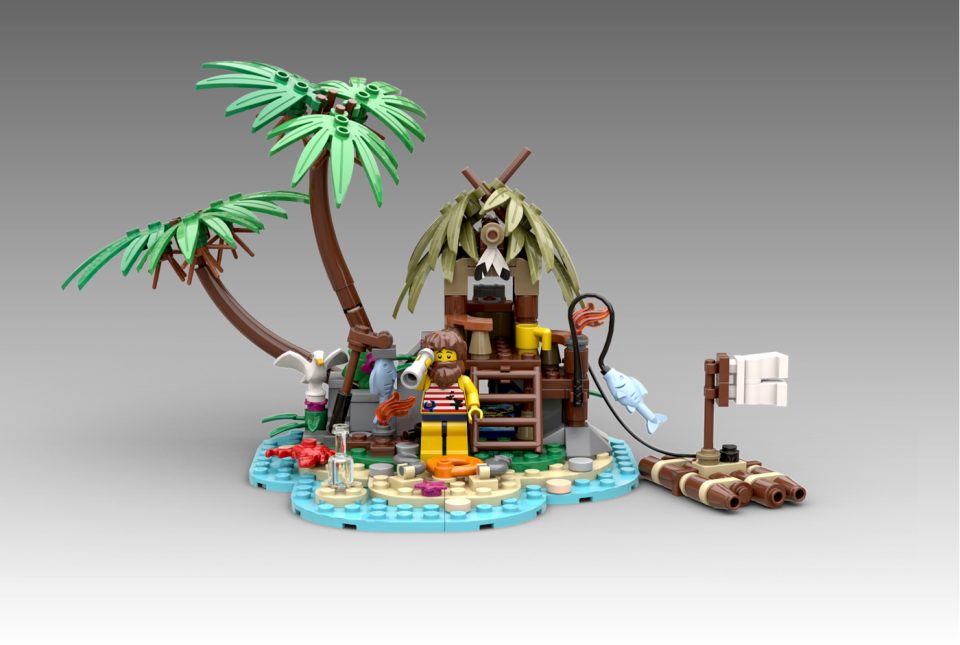 But why did the LEGO Ideas Team choose Ray over Riggings?

There hasn’t been any official announcements so let’s postulate; what if a large, international corporation actually cares about its fans and tries to be somewhat fair? What if they said “You know, we’ve already given that Pablo kid a turn, so how about we choose an entry by someone else this time?”

Just imagine if that could ever be the case.

If you’d like to learn more about Ray the Castaway, here’s the Blog Post you need, or if you’d like to discuss him with the Classic Pirates, set a course to this topic in the LEGO Pirates Forum.

Unless you’ve been shipwrecked on a desert island, you’re no doubt aware that Bricky Brick is the creator of 21322 Pirates of Barracuda Bay, the first ever Pirate themed LEGO Ideas project to reach 10,000 votes and go into production.  He’s contributed dozens of submissions to LEGO Ideas and more than one has reached the 10K supporter goal – impressed yet? 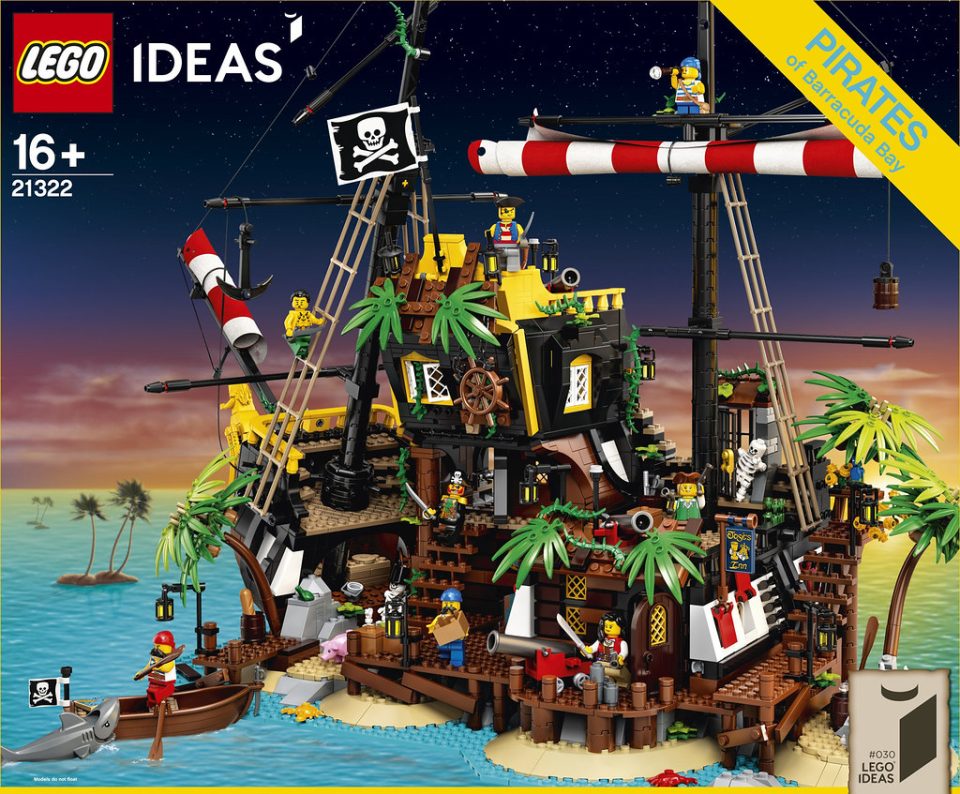 This is what Bricky Brick is most famous for… a Pirate Haven, not an Imperial Guard in sight