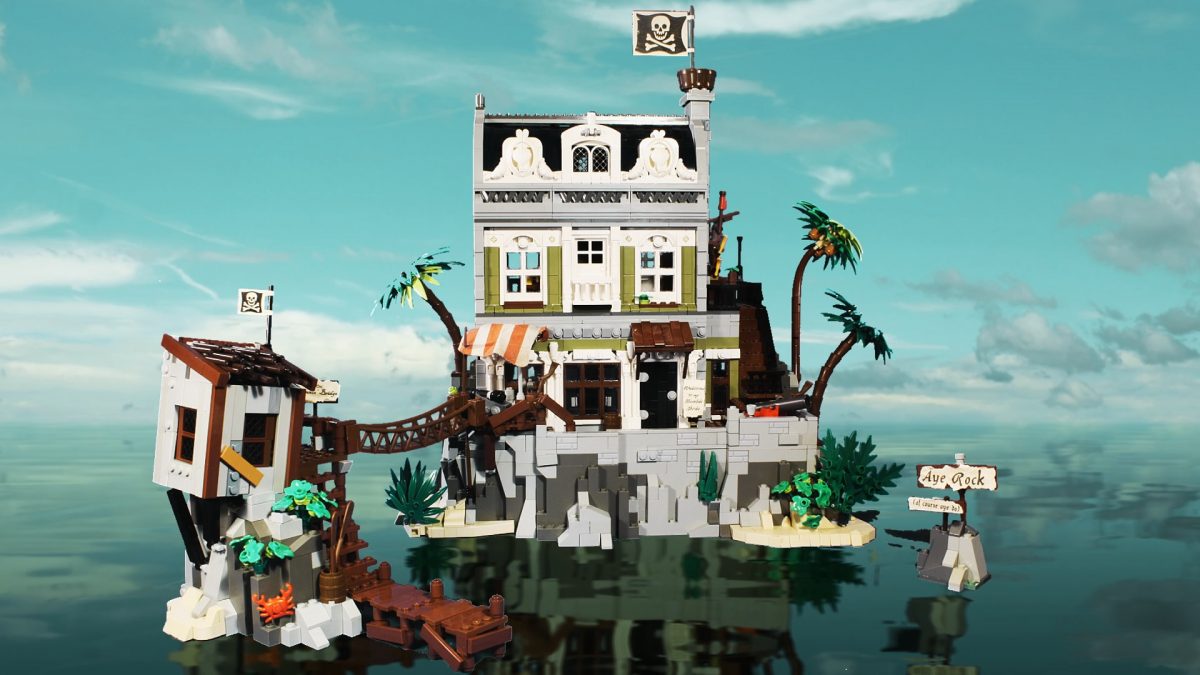 Fresh out of Havana, VaneStream presents us with a modular fusion, melding a Parisian restaurant with a Pirate-themed hideout. An unlikely combination to be sure, but VaneStream dares… and succeeds in his eponymous creation. After, this is Captain Vane, not just any roughneck pirate, so his hideout requires elegance… and a healthy supply of croissants. Making him the envy of his rivals, as it’s been said, Brickbeard refers to him as “Captain Vain“.

Check out Vane’s Pirate Hideout in the Pirate MOCs forum, a subforum of the famous LEGO Pirates forum.

Having accumulated an abundance of riches, Vane has upgraded Aye Rock in the style of his favourite Parisian Restaurant.

What used to be a ramshackle shack is now an impressive baroque palacio, much to the annoyance of rival pirates.

Let me know what you think 🙂 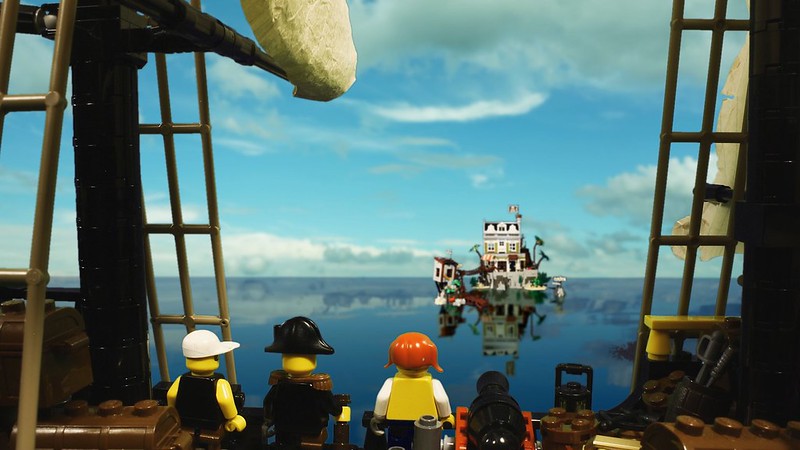 This looks like a mighty fine place! It is far away, but that may prevent unwanted guests. 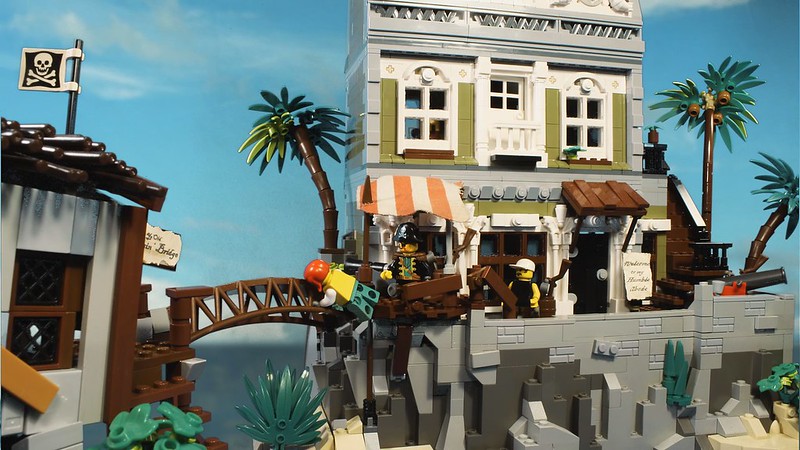 After quite a long journey, everyone just couldn’t be more excited to be here! 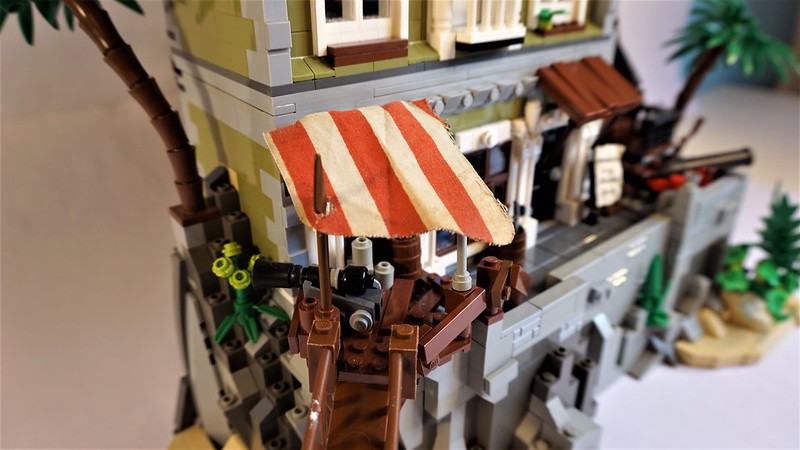 Where is everyone? Maybe they’re inside  feasting upon delicious food in the restaurant? 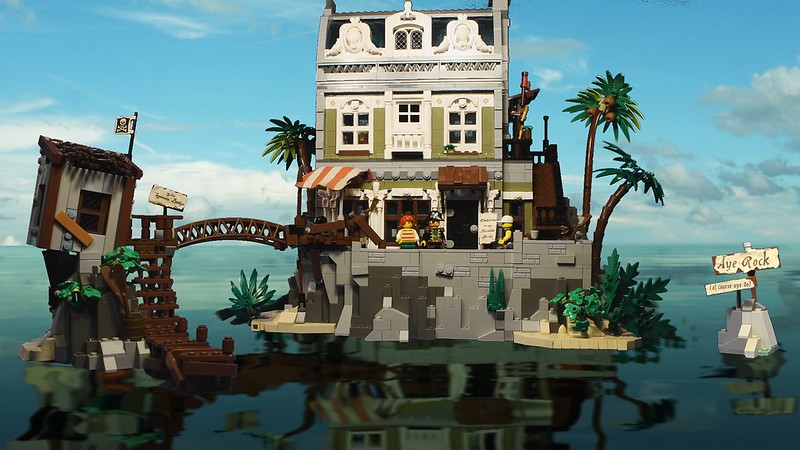 The hideout has been established… but will they invite the Soldiers over for brunch? 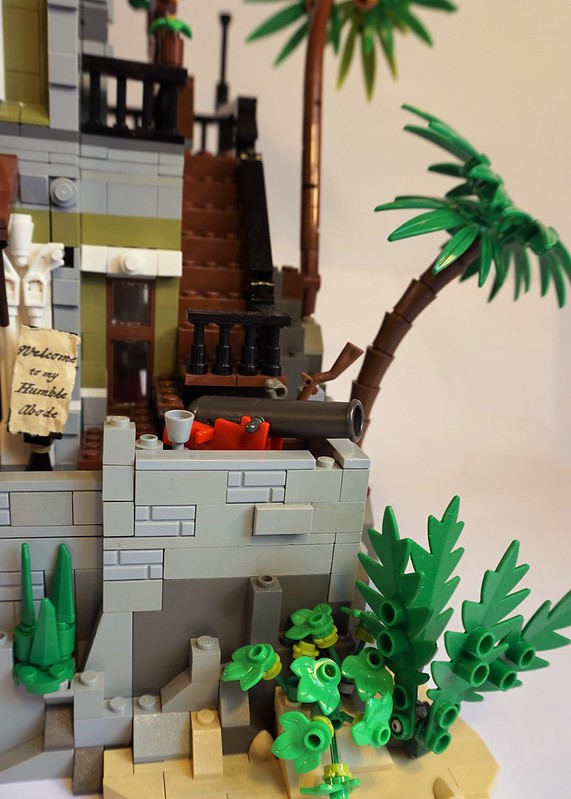 “Welcome to my Humble Abode” – aye, we all know this abode is not humble!

Join Longsocks, Flint and the Captain in a swashbuckling comedy adventure series brought to you via gorgeous stop-motion animation.

“Aye Rock” is featured prominently in the episode, “Battle at Sea” which you can watch right here:

And if that entertains you, subscribe to the VaneStream’s YouTube channel and stay updated when new episodes become available! You’d be a fool not to!

VaneStream is a regular contributor to the LEGO Pirates and Pirate MOCs forums. Well, maybe not that regular considering animating fantastic brickfilms requires much time and patience.  But he also shares a lot of good content via his Instagram account and Flickr, so treat yourself to more of his creative genius because his photo and video editing skills are superb!