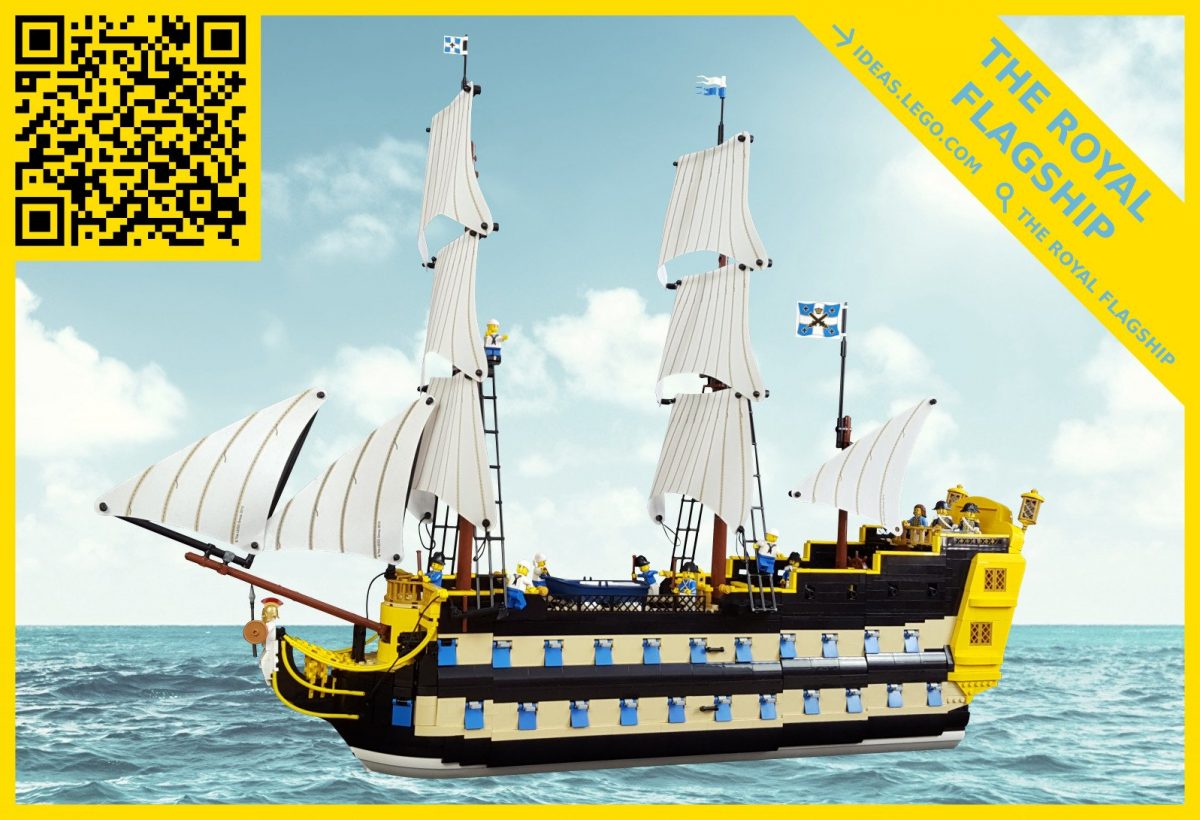 If the Imperial Guards can have a mighty flagship then so too should the Soldiers! After all, Governor Broadside, could not bear to stand Admiral Woodhouse having superiority over the LEGO Pirate Seas. Oh, and for you keen eyed kiddies who observed the blue coat governor minifig on board 10210 Imperial Flagship, that’s Governor Tierney, not Broadside (but we all knew that, right?).

But I digress… so to bridge the discrepancy left by the somewhat (comparatively) diminutive 6272 Caribbean Clipper (not that Kwakly/Baby Teeth didn’t already attempt this), Kolonialbeamter has unleashed “The Royal Flagship” in an effort to bolster the blue coat’s naval forces. Loaded with cannons, containing 2,988 parts, 92cm (36″) in length and 64cm (25″) in height, this vessel packs the wallop the Soldier’s need to get the edge over those who stand (errr.. sail) in their way!  Here’s looking at you Captain Brickbeard!

Actually, you cannot support this submission because it’s already expired.

I started this project with a specific intention – to design a multi deck vessel that can be both – a LEGO set-like looking ship that’s fun to play with, and a decently realistic shelf model of a true ship-of-the-line. And all of this had to fit in the LEGO Ideas framework, specifically it had to contain 3000 parts or less.
No easy undertaking, and I’ve failed to come up with something that I liked a couple of times over the past years. This design now, however, I think it quite does it. Sure, it might not be playful enough to some, and not realistic enough looking to others, and then there’s the fact there are only stud-shooters instead of ye olde LEGO cannons… But I hope the compromise I found is appealing to at least some of you; and that it proves that ships-of-the-line can be done as sets by LEGO. This could have been yours – if only you had supported it on LEGO Ideas! 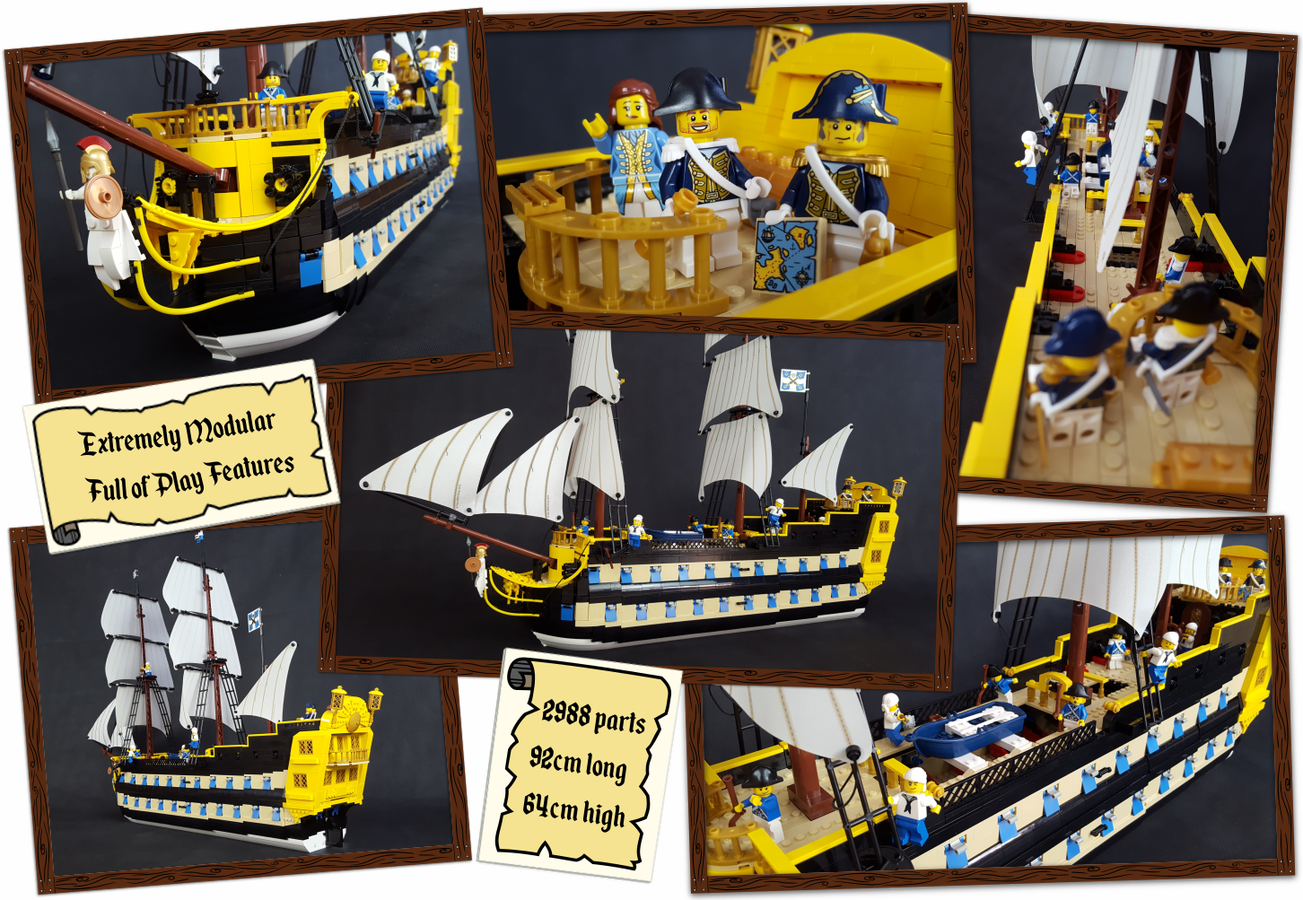 Some decisions I took along the way:

The Royal Flagship was very well received during last year’s Bricks @nd Friends exhibition in Cologne; kids especially seemed to like the firing mechanism pretty well – we literally had a blast  Let’s see if I can take the ship to a few more exhibitions this year – if Corona permits.

Kolonialbeamter, whom you may also know as Jens Fischer, has been sailing around the LEGO Pirates Forum for quite some time, occasionally deploying mighty ships with naval prowess. He also has a Flickr stream in which you can observe more of his  wonderful colonial creations along with some forays into the realm of LEGO Castle. 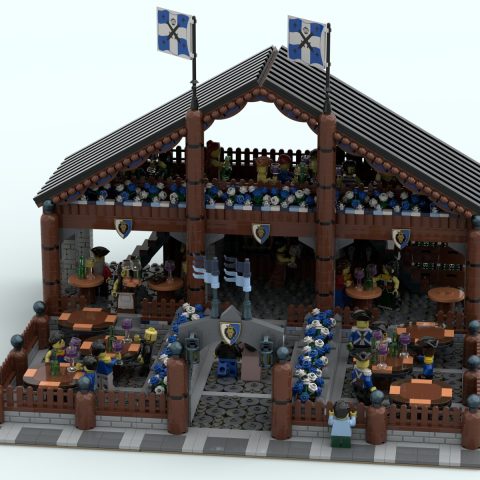 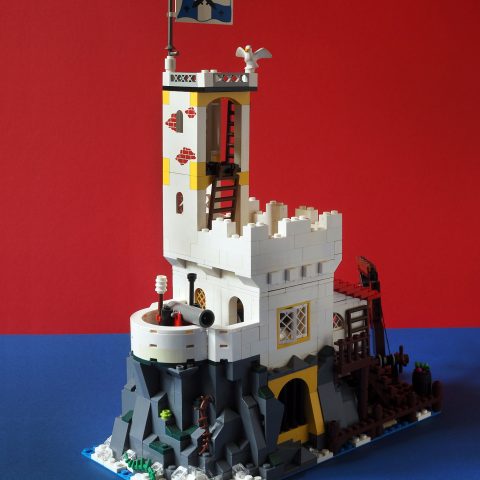