The Eternal WIP: a huge diorama in LCAD, by RoVer

RoVer created this massive diorama MOC in LCAD. It is a large Imperial base with a small town in the back, protected by many cannons and soldiers that constantly patrol its borders.

This picture clearly shows the potential of LCAD, that has nearly infinite parts (in contrast to LDD). RoVer promised to continue the work on this WIP/MOC as soon as he graduates from University!

Come on over to the Classic Pirates forum to discuss this magnificent LCAD MOC. 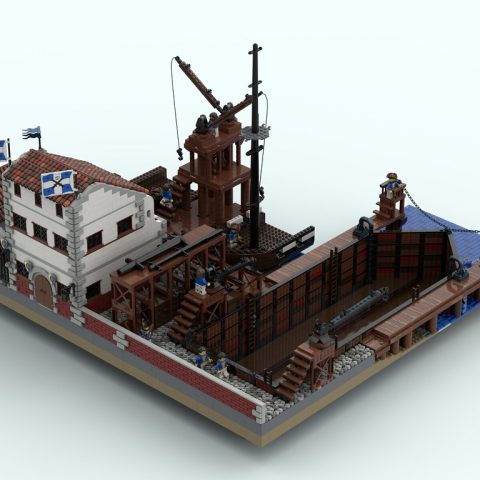