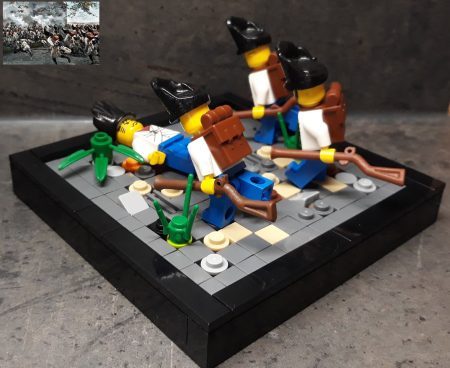 This particular one caught my eye as I love when paintings of history are recreated in Lego!  This scene from the battle of Aspern-Essling was recreated with the help of some custom headgear.

In May of 1809 Napoleon attempted to cross the Danube near Vienna but was driven back by the Austrians under Archduke Charles’s command.  This battle was significant as Napoleon had not been defeated in over a decade.  Unfortunately for the Archduke Napoleon was able to withdraw the majority of forces so it was never declared a decicive victory.

So enough of the history lesson go check out the rest of his vignettes post haste!