The newly released photos of the LEGO Castle Shop at Home exclusive, 10193 Medieval Market Village, have provided us with some high quality shots of some of the new molds to be released in the upcoming pirate theme including the hat plume/flame pieces, the decorative support/telescope pieces, and a new fish mold (!). Check out the pictures below provided by BrickCon 2009 attendee Mark “Hinckley” Larson.

In addition, further pictures from the Washington state BrickCon convention uploaded to flickr.com by Lego ambassador Andrew Becraft give us a peek at a mermaid figure for an upcoming set – one likely to be mass produced as the figurehead on the pirate ship of the 2009 product line.

Lastly, another attendee and ambassador, Nannan Zhang, has put up a shot of the “Governor’s Daughter” minifigure to be released with the same pirate ship. 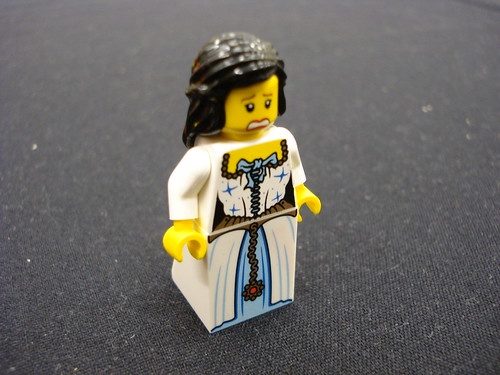 Comments? Join in the discussion on the forums!