Neptune’s Noggin Lagoon is a generally peaceful seaside village and port. The townsfolk live simple lives. But sailing swiftly into the harbor is a fierce pirate ship, bringing with it a hoard of roudy pirates, ready to spill some blood, ransack, and pillage.

Armed with what they could find, the villagers retaliate with swords, pitchforks and carpet beaters. Running through the mossy cobble-stone streets, chaos breaks out as the clinking of swords and agonizing screams are all that can be heard.

On the other side of the harbor, adjacent to Neptune’s Noggin Rock (named due to its likeness to the god of the sea), the Governor looks on in horror and confusion: “What to do now?!”.

Who will be victorious in this epic battle of good and evil? I have my money on the pirate crew. But that is up to you to decide! 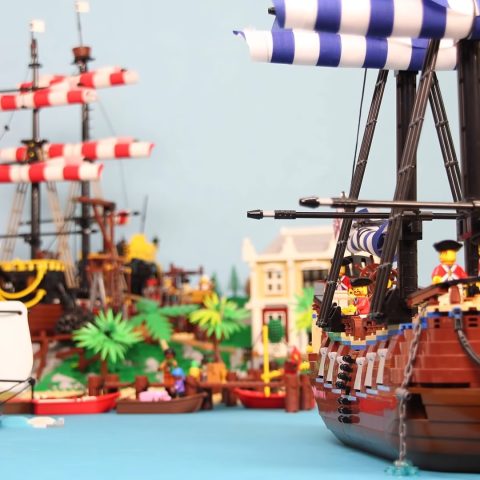