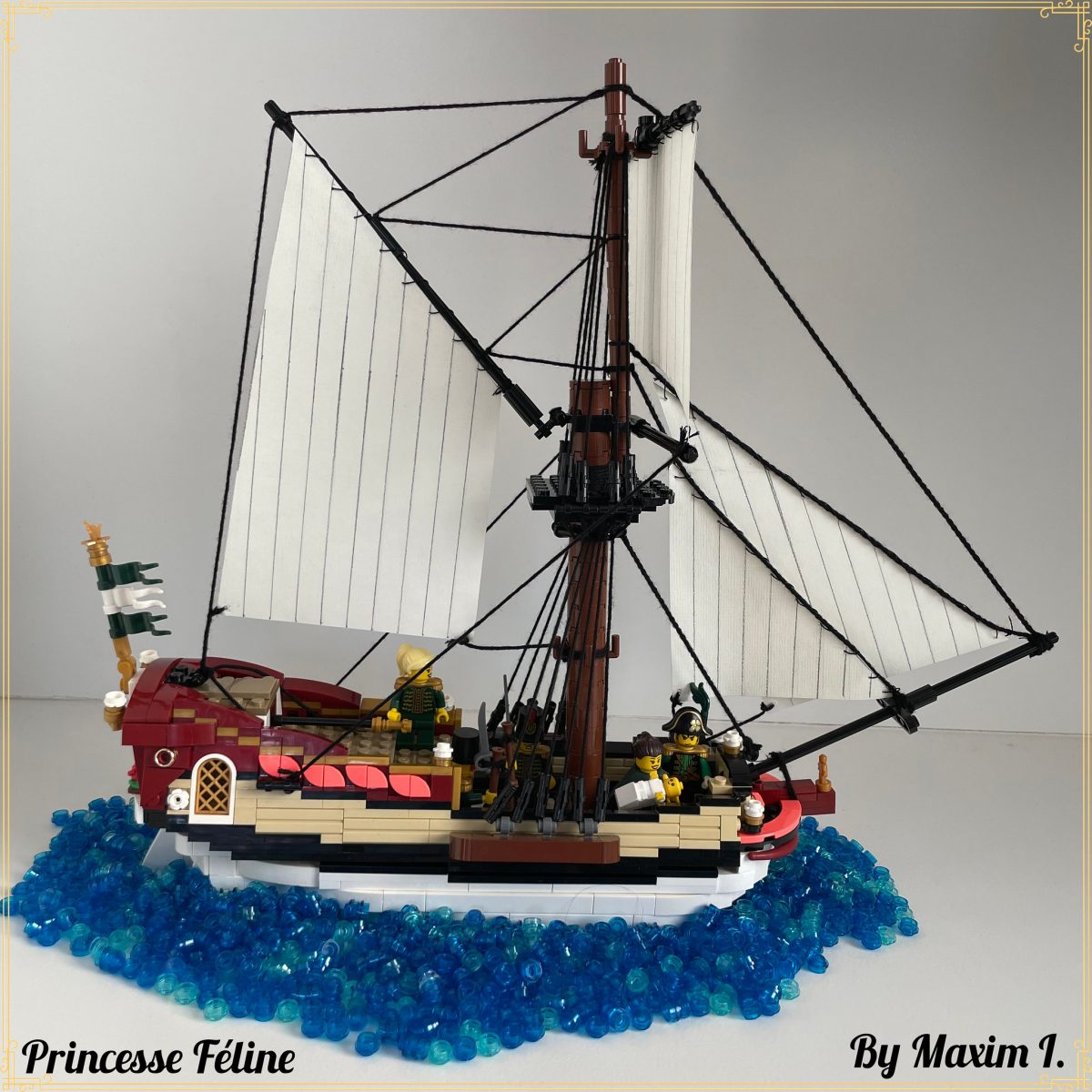 Maxim I, Prince of Garvey brings us a word of cheer! You know how Lord Damaximus got his dacks off and then knocked up Princess Margot? No? Well, neither did the Classic Pirates.

Not to worry! Nine months later they’re proud to announce the arrival of Princess Féline. Aye, she’ll be arriving by boat at 3 o’clock sharp… Wait! They named their kid after cats?

Launched in January ‘21, Princesse Féline is a small royal yacht

A small admiralty vessel for MAESTRO, which will be used to increase ship levels and can be licenced in the future as a class 2 trader 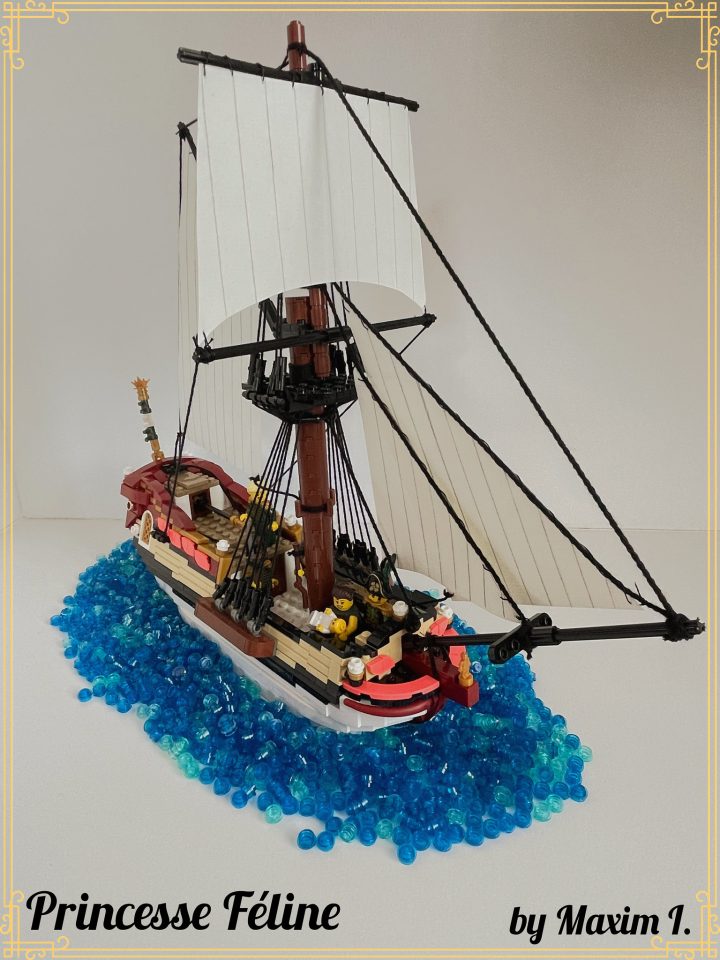 Speed Bonnie Boat like a bird on the wing! Needs an Imperial Guard escort. 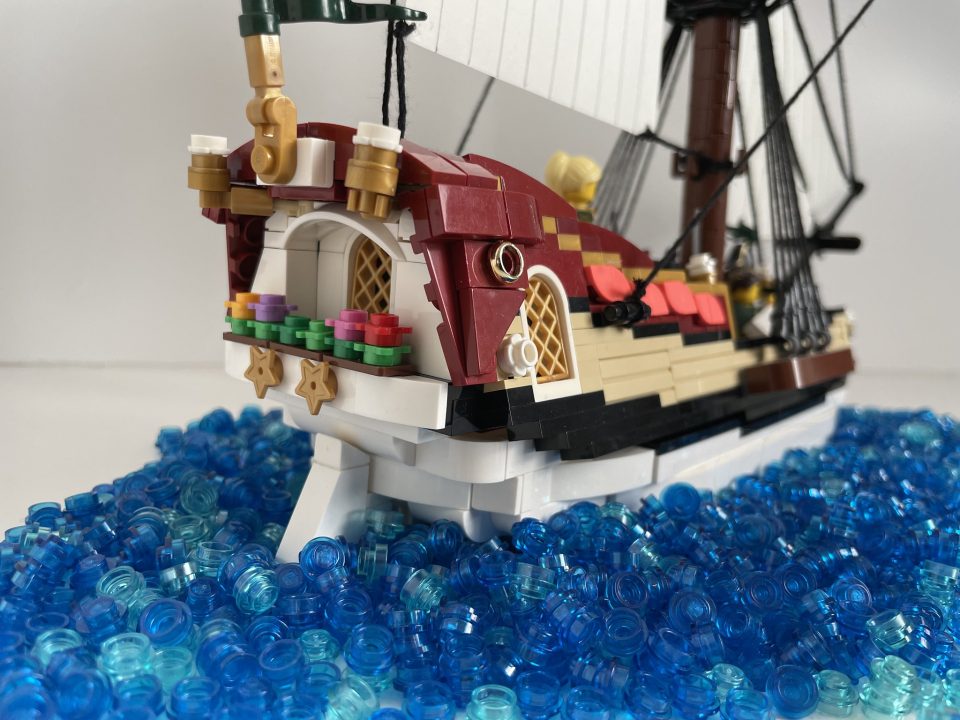 There’s a lovely floral arrangement on the stern – it must do well in stormy weather! 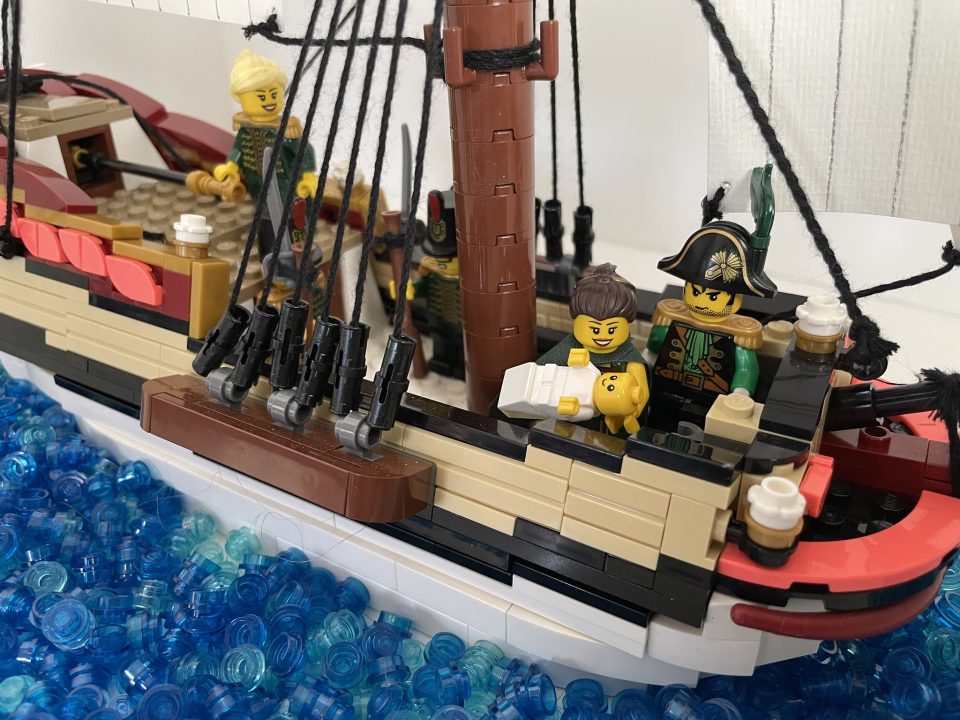 Throw the baby over the side! They float, right? 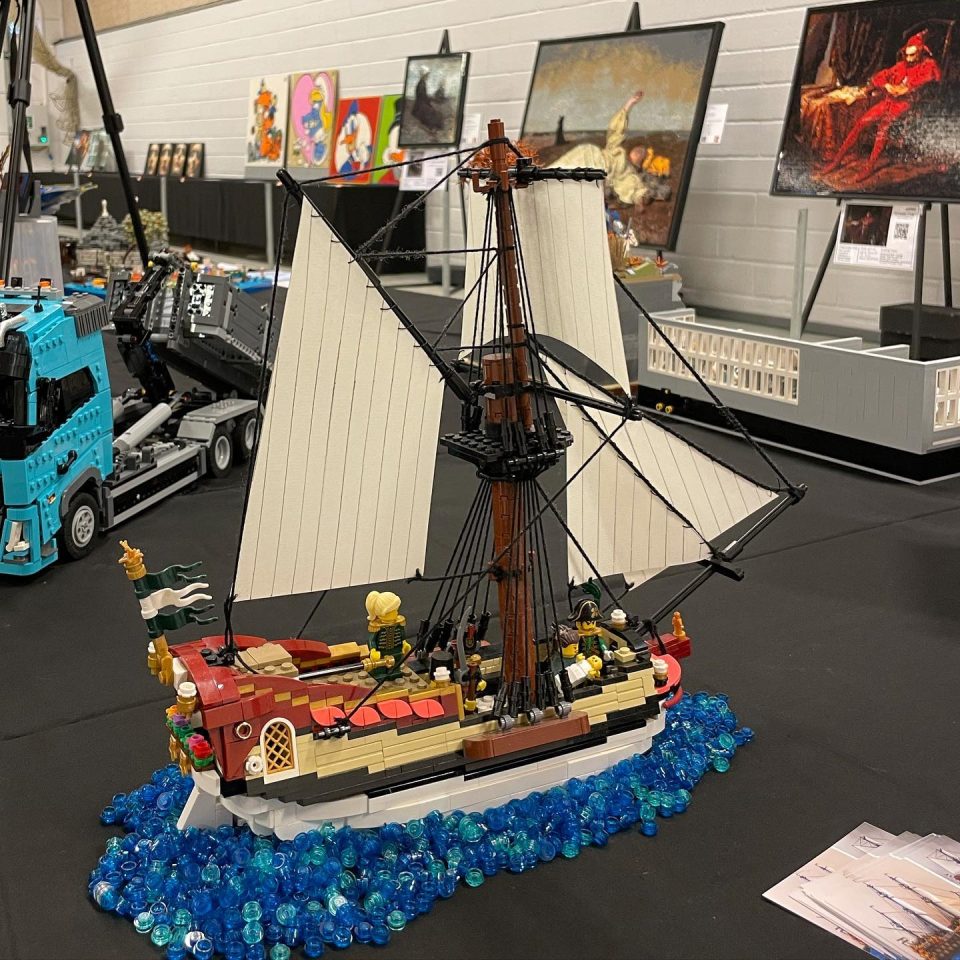 This ship has been places – Skaerbaekcentret is one of them!

Just before the fleets would sail out, a new admiralty yacht sailed around the harbor. Loud cheers erupted everywhere they passed as it was in this small yacht that Lord Damaximus and Princes Margot showed the world their little Princes Féline.

Maxim I is a talented ship builder and regular contributor to the Brethren of the Brick Seas game hosted by the LEGO Pirates Forum.

You’ll find a generous back catalog of his previous builds on Flickr and Instagram,which includes a superbly crafted fleet of historic ships, more pirate-themed creations and forays into other historical themes. Maxim also has enough flare to sail into modernity and apply his skills to automotive vessels like a Chevy-Impala. 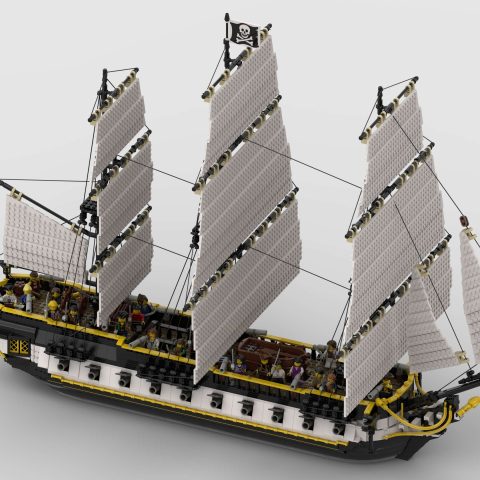