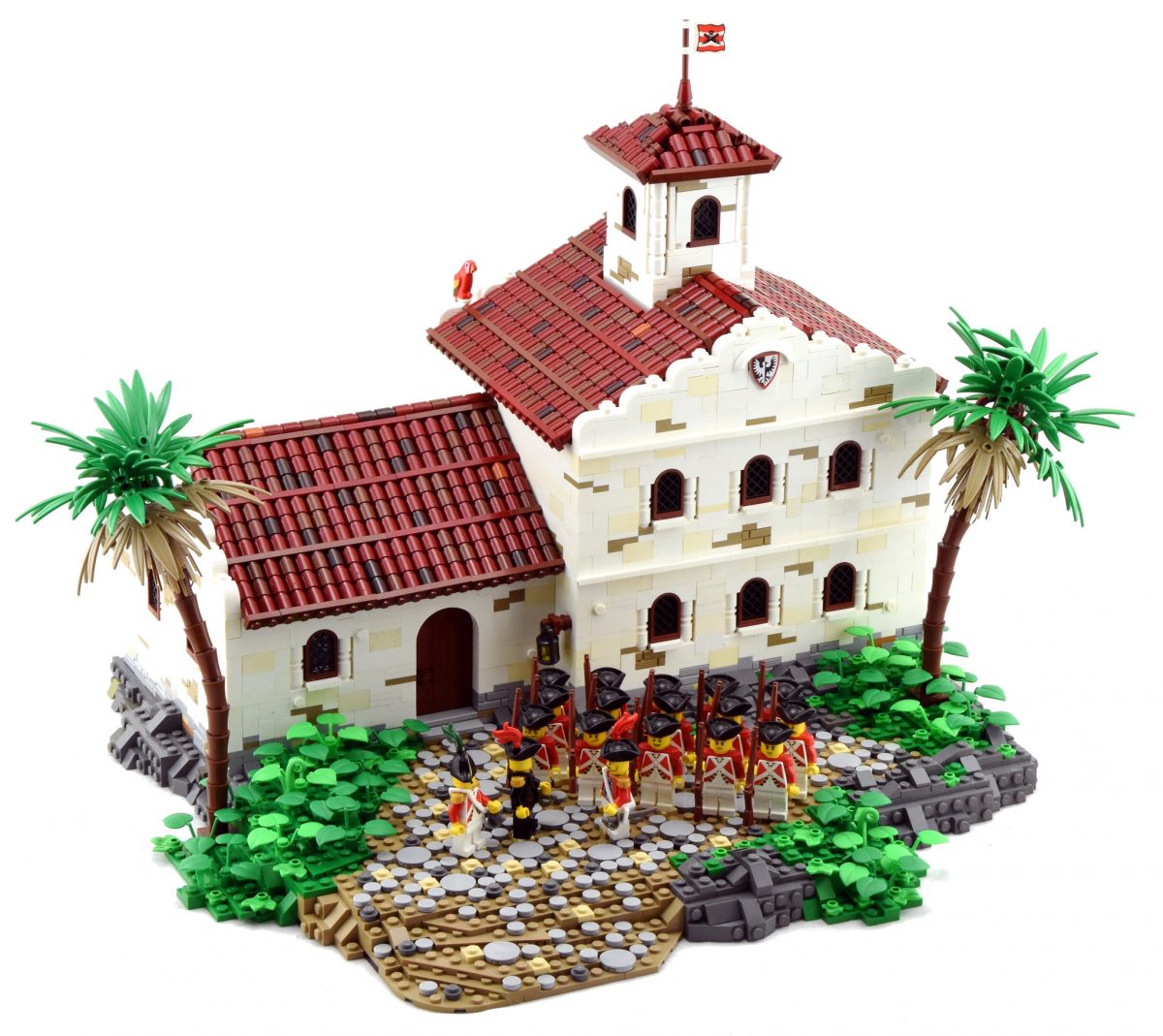 Recently fellow Eurobricker Ayrlego shared his latest build in the settlement of Port Woodhouse, as part of the Bretheren of the Brick Seas game in the Pirate Forums

These offices in Port Woodhouse are one example of where Colonial Officers and bureaucrats can ensure that Corrish colonies in the East Prio Sea are properly supplied and administered. Maintaining an empire requires meticulous organisation and planning; something Colanders are renowned for!

A free build for Brethren of the Brick Seas on Eurobricks. The design of the 7 stud tower is from the awesome San Escobar MOC by Ciamosław Ciamek.

If you’ve never heard of the Bretheren of the Brick Seas, it is an online role-playing game based in the golden age of sail.

Now … March on over to see what those Corries are up to post haste!

Port Woodhouse is situated on Garma’s Key, an island located in the Garma Strait separating Cascadia and Celestia. Growth in the settlement has been slow; commercial settlements such as nearby Jameston and Mesabi Landing far eclipse the somewhat sleepy outpost. Despite this; Port Woodhouse has long been earmarked as the administrative hub for Corlander colonisation in the East Prio Sea. New work in Port Woodhouse is being carried out to make this a reality. Earlier this year, the completion of large fortifications was the first major expansion. Now, new buildings are being constructed to house an expanded military and bureaucratic presence.

Here Colonial Governor Colonel Sir Dirk Allcock and Brigadier Sir Andrew Howe conduct an inspection of the guard before touring one of the latest administrative buildings to have been completed. These offices are manned by Army staff charged with ensuring that the Corlander military garrisons in the Paradise Isles are properly supplied and equipped to defend Her Majesty’s holdings.

Hi everyone! I’m finally back and building for BoBS again. As some of you will be aware I’ve been back a few weeks now but I’ve been having a castle building phase (which isn’t over just yet!). Unfortunately I have been quite unwell and this has affected my ability to spend any amount of time in front of a computer screen, so I am still a bit behind catching up on my six months away. Luckily it hasn’t effected my building and things are slowly returning to normal(ish) now. Anyway here is my first BoBS build; Dirk will be doing some planning of his own and you should see some renewed vigour in Corlander development and administration in the area of his Governorship coming soon!

PS. If anyone has any tips for shooting (or editing) photos of white Lego on a white background, I’d be very interested to hear them as I really struggle… as you can see! 🙂 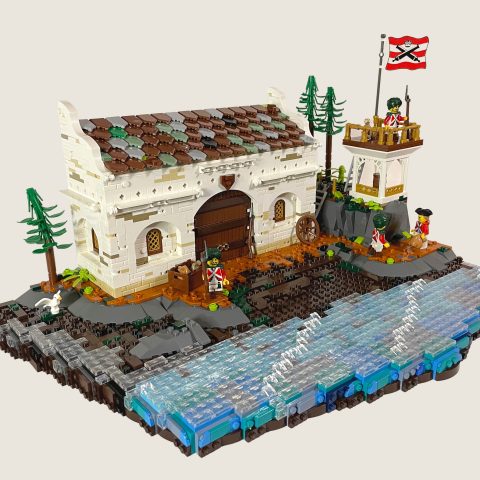 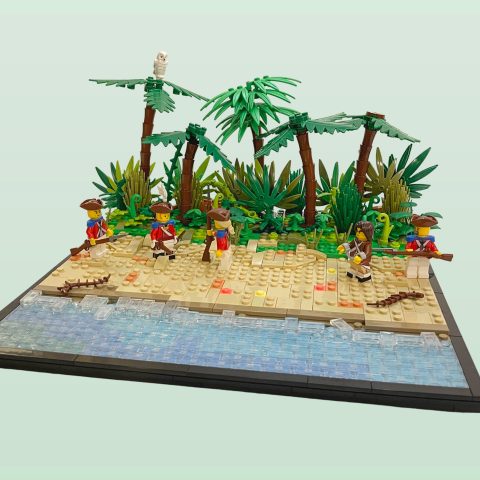