It’s crazy to see how much the Beauchamp Shipyard series has evolved, from a single shipyard to offices, to logistics and administration buildings. Can picture all those marvelous creations together? Your eyes are not about to play tricks on you because CapOnBOBS‘ has rounded up all his creations and woven them into a layout!

Haven’t got foggiest idea what this series looks look? Check out the “Drydock, Beauchamp Shipyard”, the building that started it all!

“To be perfectly honest,” Retired Admiral Girard Beauchamp reflected outloud to nobody in particular, but knowing that all were listening intently, “when I first saw the shipbuilding need and the dire strategic risk it placed the empire in, I’d only envisioned the dock space needed to build warships worthy of his majesty’s navy. And now look at us…” he said, sweeping his arm over the balcony railing. 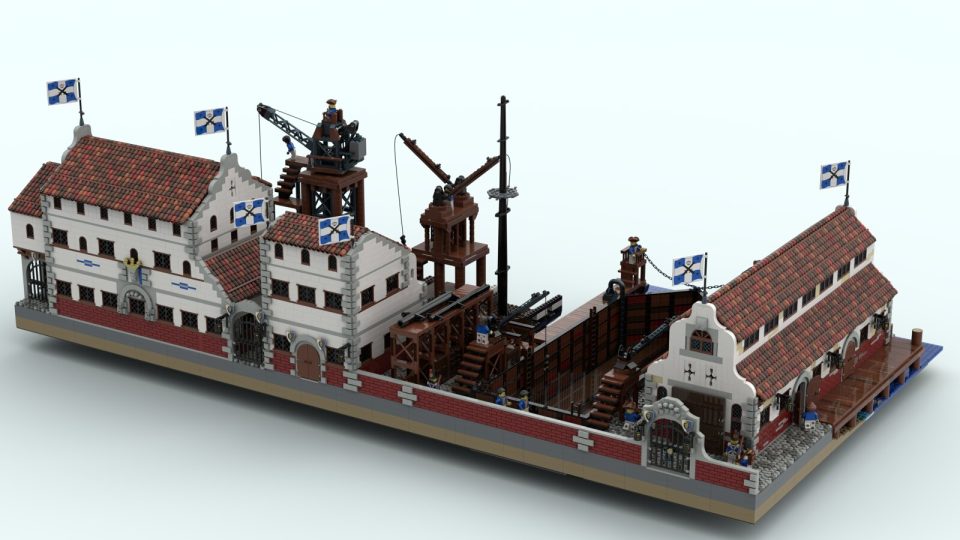 Everyone is working so hard here! Governor Broadside will be so proud!

“And it isn’t just the works here along the Breshaun waterfront,” he turned sharply back to the group, his speed had returned, as had the color in his face, but in truth, neither to the level they had been just months ago. “We had to build a plantation to procure masts, build a carpenter school to train the work force, every time I saw a gap, I found myself having to personally step in to fill it. Now we have a sawmill, iron mine, coal mine, rope factory. And not just building ships, we needed a drydock to repair.”

Which has all led to the need for a brain stem to control this monster. That is why we have now had to expand our administration, logistics, sales, contracts, supply, etc. into this “large commercial” build we are standing in today. 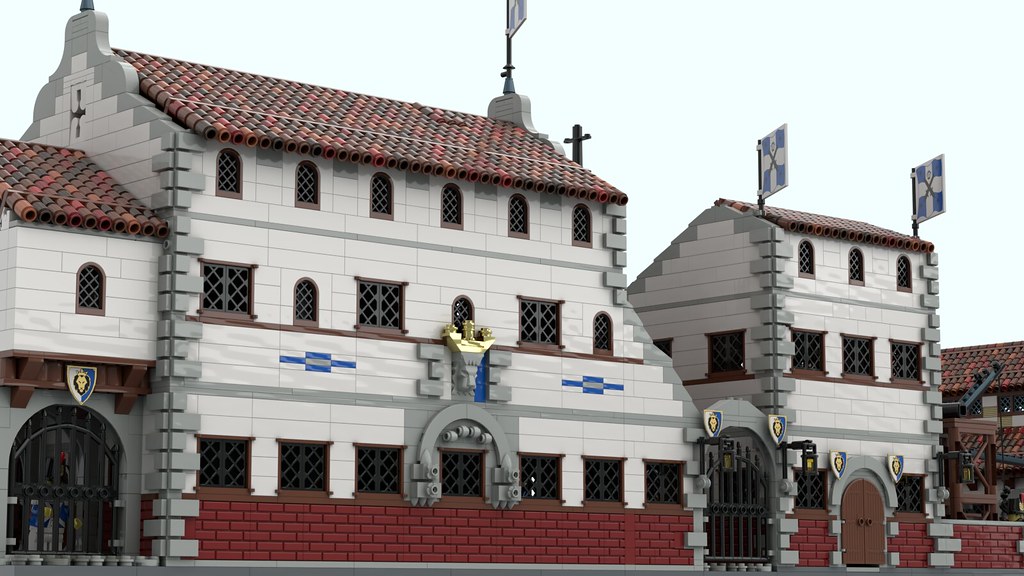 The Soldier got STUCK! Or drunk the night before and ended up in the brig.

At least from here, I have the best seat in the house for watching the ongoing construction. He turned back to the balcony and looked down into the yard where Master Shipwright Jean Benoît had cleared everyone away to personally guide the crane for the placement of a new mast. 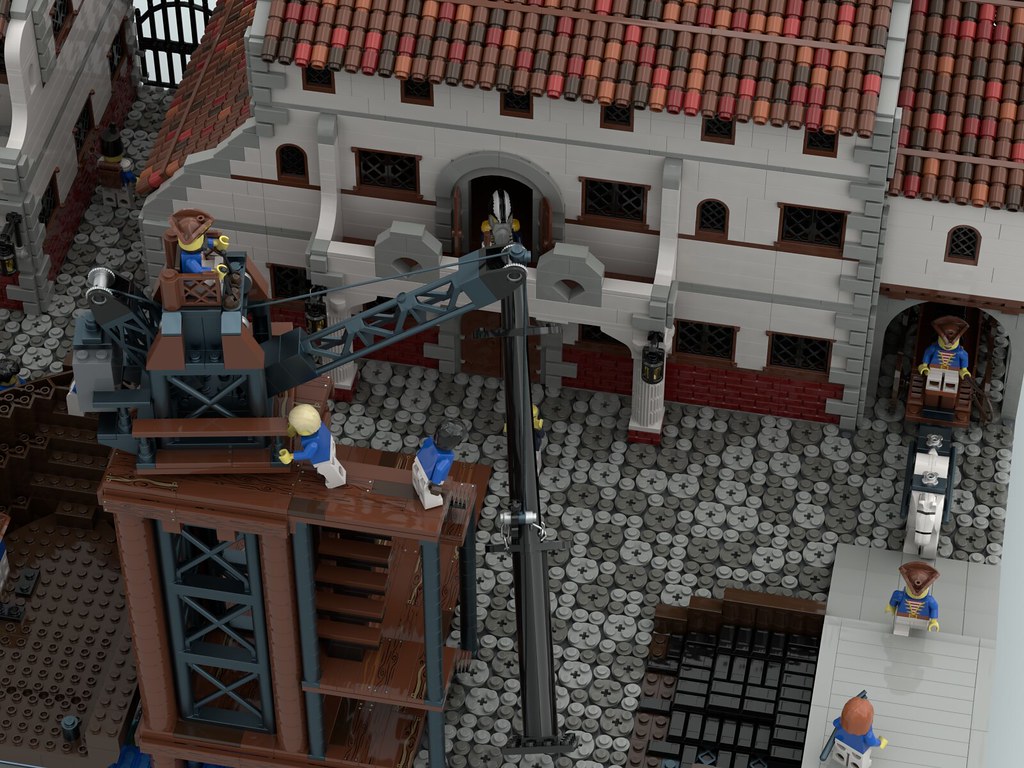 That looks so heavy! Let’s hope it doesn’t fall on anyone’s head.

This is why Beauchamp had been so enthusiastic that Benoit join the team… he was always personally supervising the most difficult, dangerous, important, and critical elements of the build. His reward for all this was an expanded office space and the lion’s share of the first floor in the new building to meet clients, manage the yard, and keep his volumes of old ship designs.

Why is it so quiet in here? Oh, that’s right. It’s a boring library!

As for managing the most important/dangerous detail of each build, today, it was not only the placement of the mast, but a chance to watch the new heavy crane team in action. So far… so good… but the gears, levers, counterweights, and bearings that brought the machine to life represented a huge investment and risk.

He’s gettin’ the hang of it!

Meanwhile, all around him, the normal buzz of the yard continued. A shipment of coal coming into the loading docks with the guards quickly locking the gates behind them. None of this distracts Benoit from the mast hovering over his head and the precariously perched crane team. 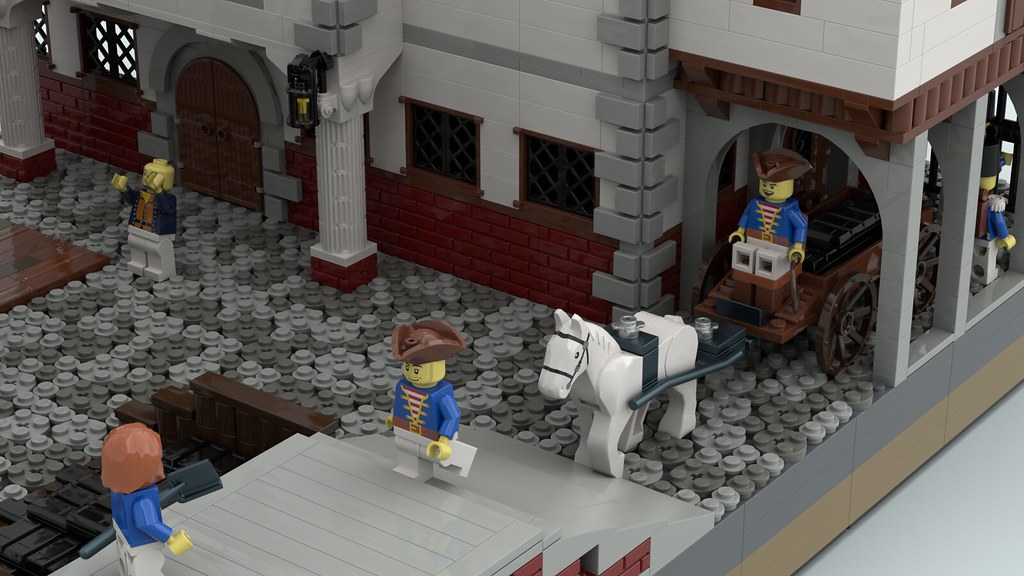 Is the horse is clever enough to follow him up the ramp!?

The yard continues to expand. This section will be licensed as a large commercial build despite even though I added the new crane. 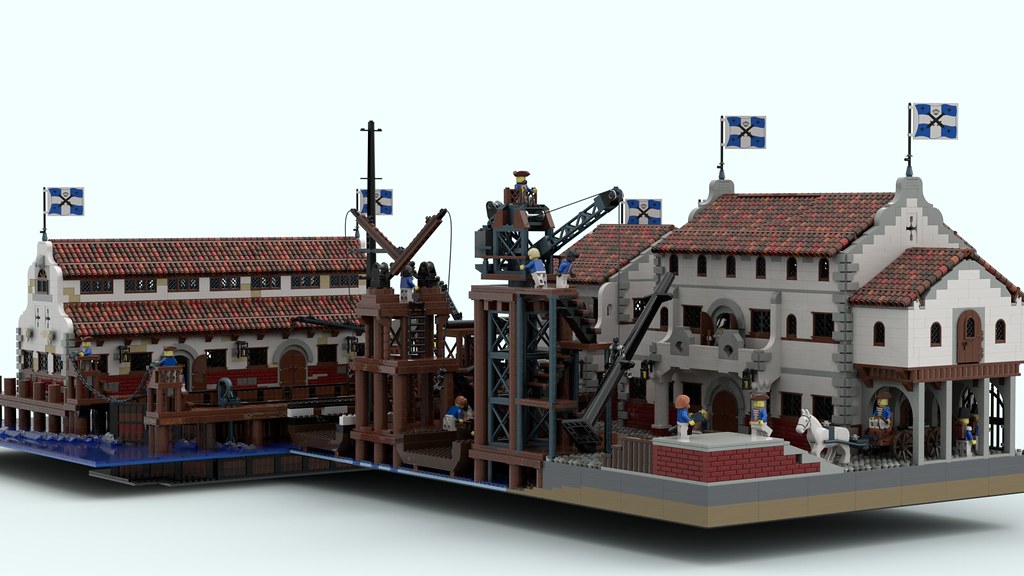 CapOnBOBS keeps on buildin’ to support the Brethren of the Brick Seas game, and all of his creations are built digitally to explore the endless of possibilities of digital LEGO bricks. Like what you see? Follow him on Flickr to see all of his MOCs! 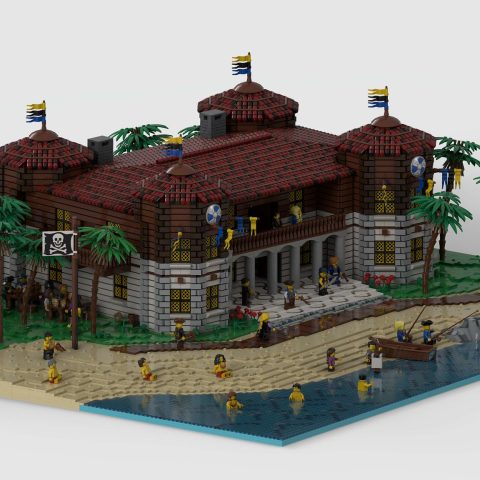