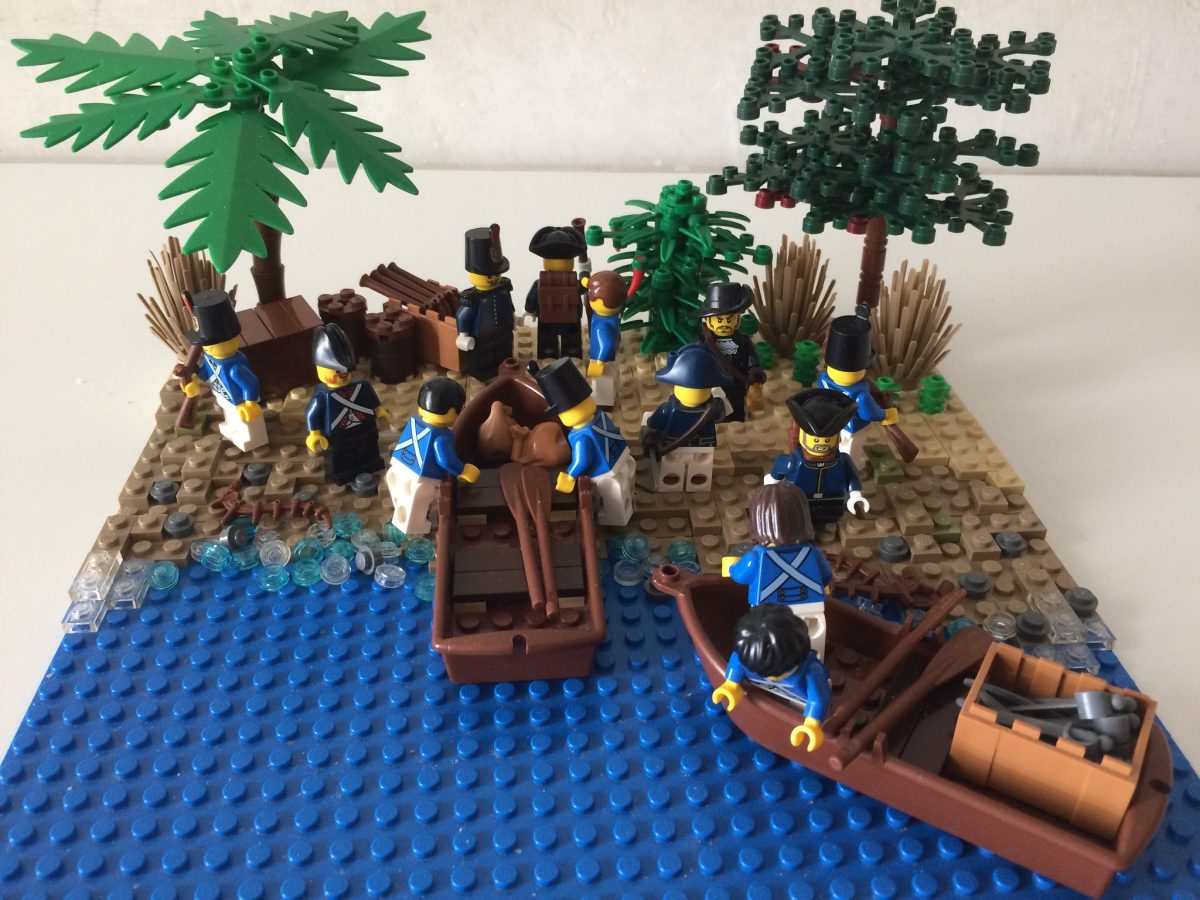 “The Road Towards Peace” by Keymonus

Eurobricks user Keymonus shared this great little beach scene as part of a collaborative story about the events unfolding in the settlement of Charlatan Bay.  Charlatan Bay is a Sea Rat port in the Bretheren of the Brick Seas subforum. 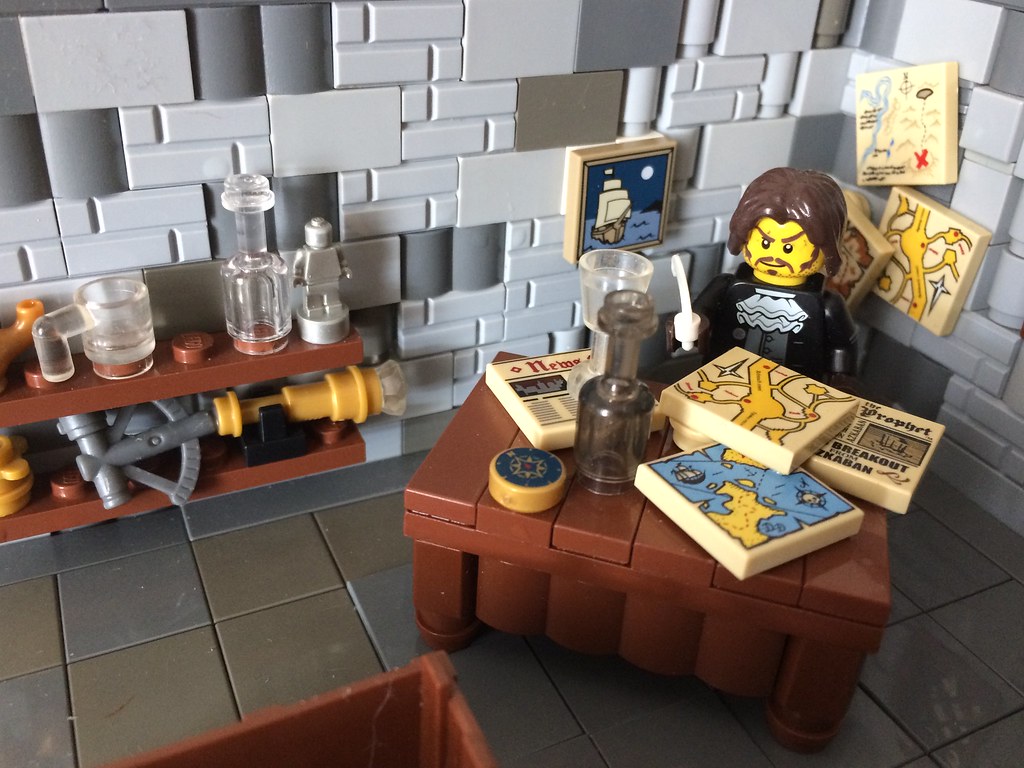 Tristan Rimbaud was sitting in an anonymous room of the Salty Shipworks, the shipbuilding facility that his friend Gustav had chosen as temporary headquarters of their “army”. He looked again at one of the maps, scribbling a few notes about the areas still controlled by the enemies. He emptied his glass of wine, one of the few commodities provided by the Oleonese ships that, now and then, connected the island with the outer world. How easier would have been to solve everything with a pitched battle, where the disciplined lines of his bluecoat would have easily routed the rebels.

The campaign, during the first weeks, was surprisingly smooth: the well trained Oleonese volunteers took by surprise the garrison of the hidden battery, opening a safe channel for supplies, far enough from Fort Saint Millar and its cannons. 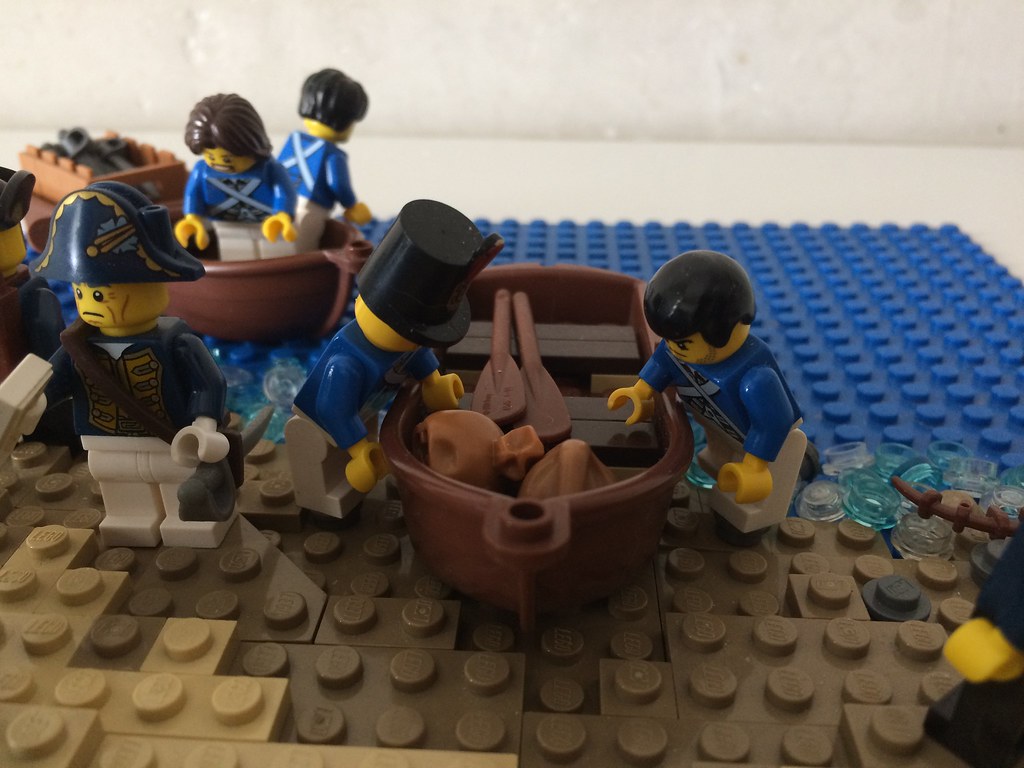 On the same day, the first cargo was unloaded in a secondary landing point: a small task force of soldiers secured the beach, while the local militia took control of the main street… better keeping soldiers and pirates a couple of miles apart. 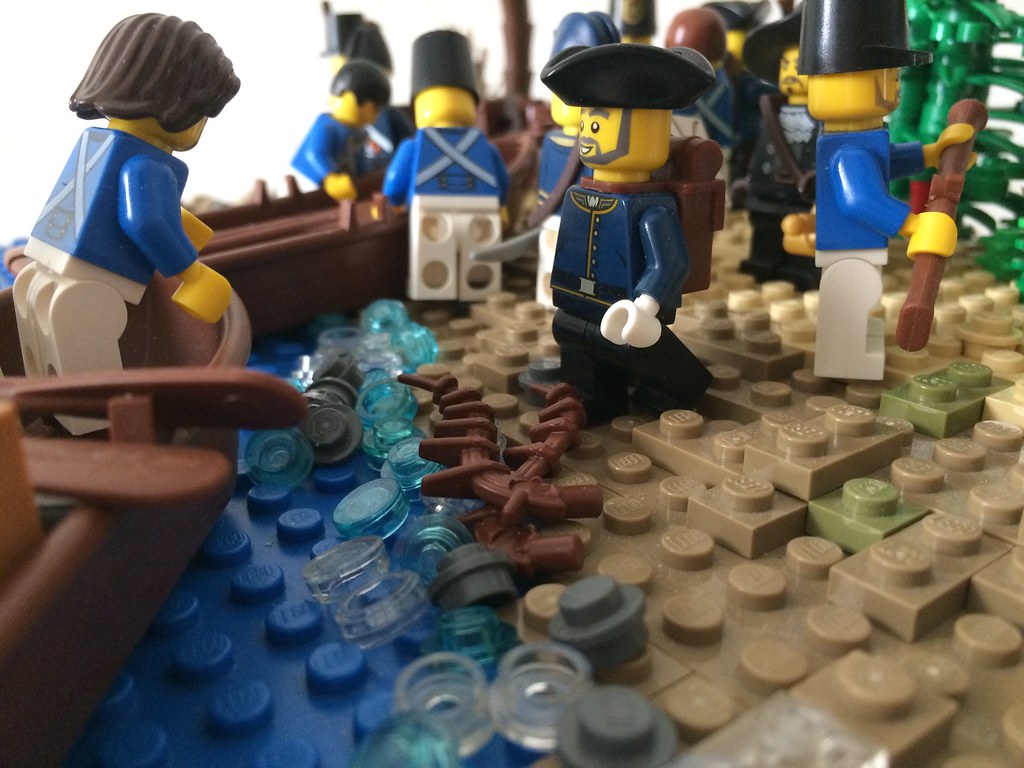 One after the other, the rowboats reached the shallow water, where, months after the volcanic eruption, pumices stones still floated. That day, Tristan received also a letter from the Royal Court: His Blessed Majesty appointed Tristan the Count of Astrapi, a honorary title rather than a real rule over a territory, but still a ladder towards the highest ranks of society. The Defender of Fatu Hiva, as the Court defined him in the letter, could now look in the eyes, as peers, the bloated noblemen who once made fun of the Rimbauds, ancient as Oleon itself but not very rich or powerful. 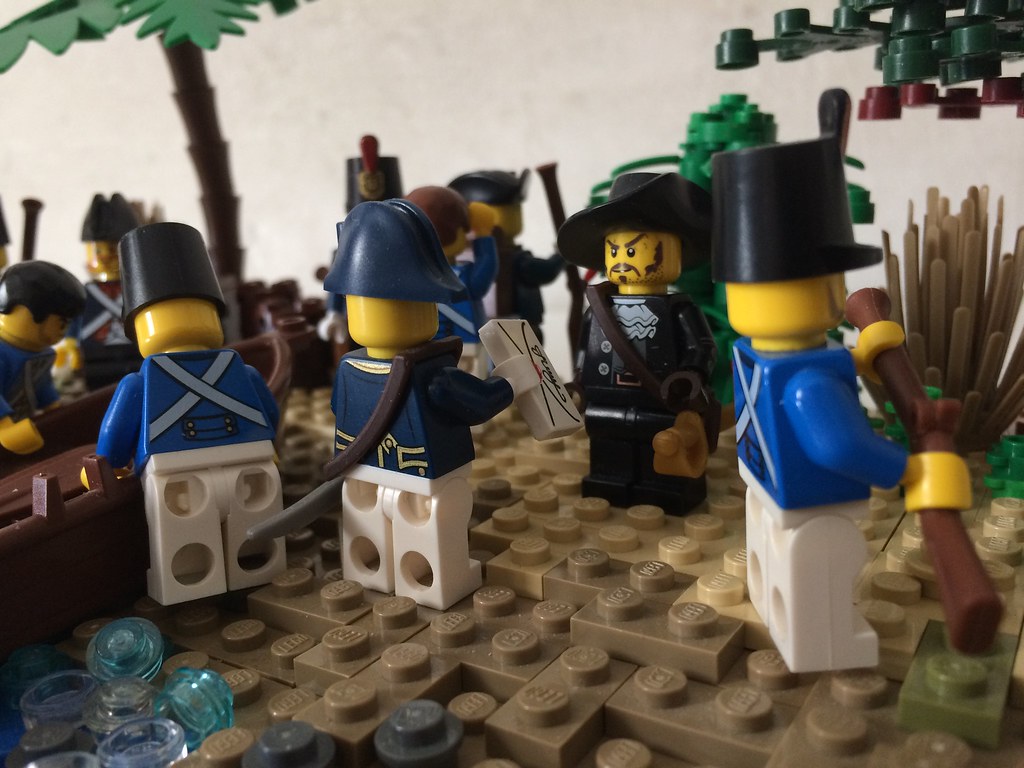 That first cargo, delivered at the cost of enormous risks, represented the best hope of success for Tristan and his allies: food for the soldiers and the civilians, seeds and agricultural tools… but also the musket he needed to transform the local militia, well-meaning but disorganized, in an effective fighting force. 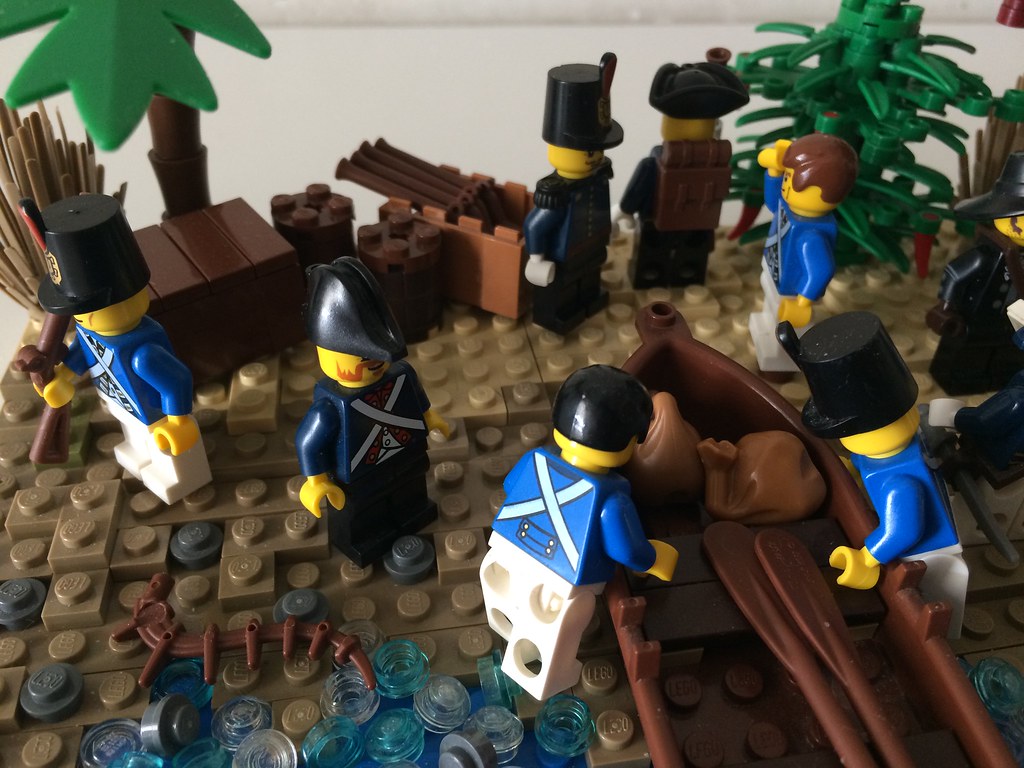 A few days after the departure of the Phènix another ship, curiously called Valiant Phoenix, landed in the same point: the passengers, disciples of a weird but pacific cult, organized a field hospital, a fundamental help for the starting campaign. 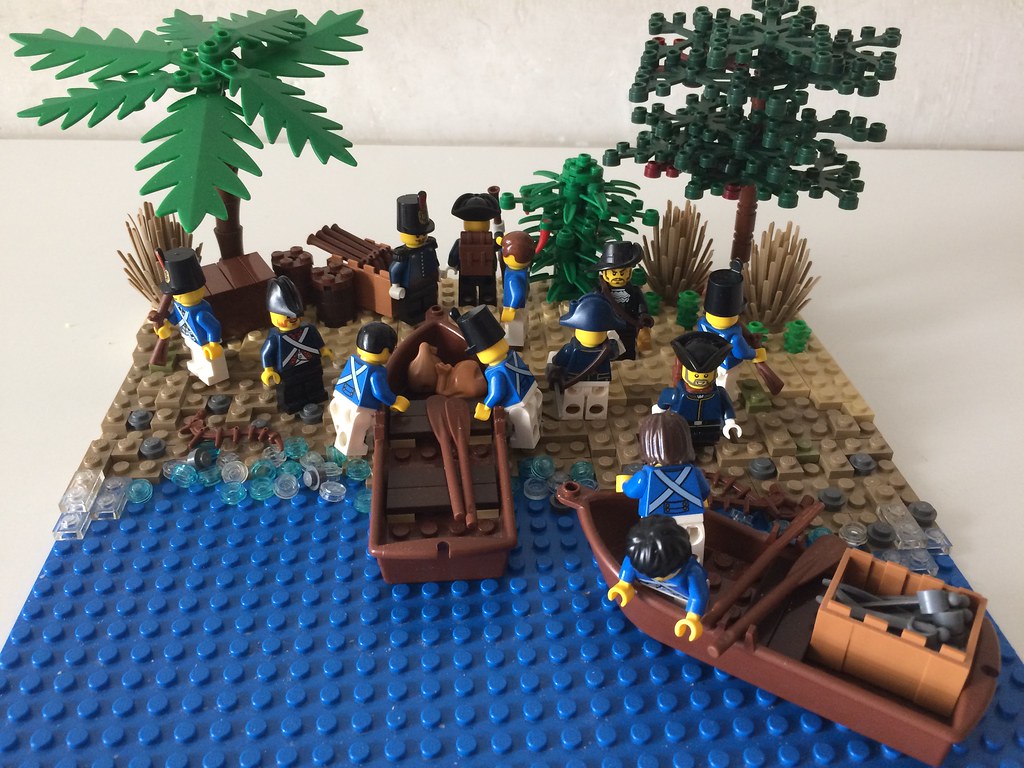 This had happened almost a year before, but Tristan remembered those days very well: with the main road secured and the supplies for the town, he and his friend were ready for their triumphal entry in Hightown… that was a great day, a day to be remembered, but they all knew that it was just the beginning of the long road towards peace and order. 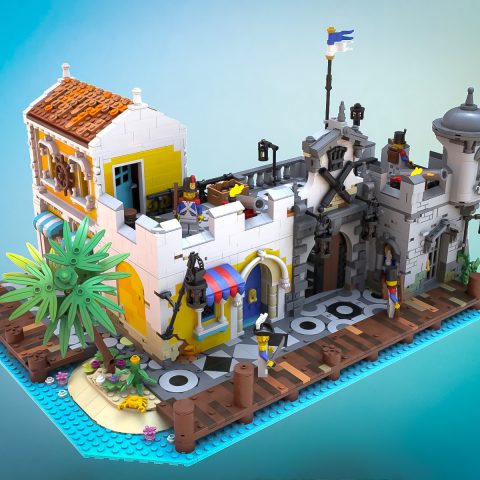 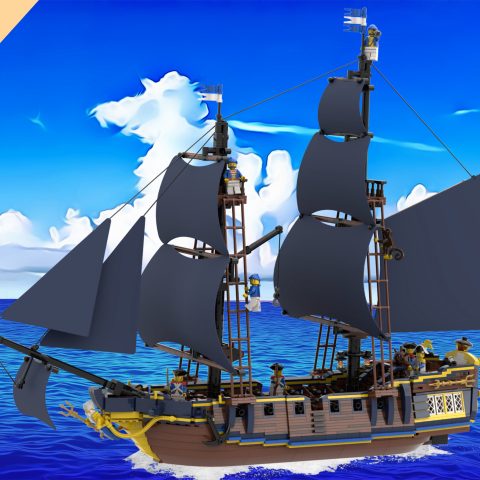